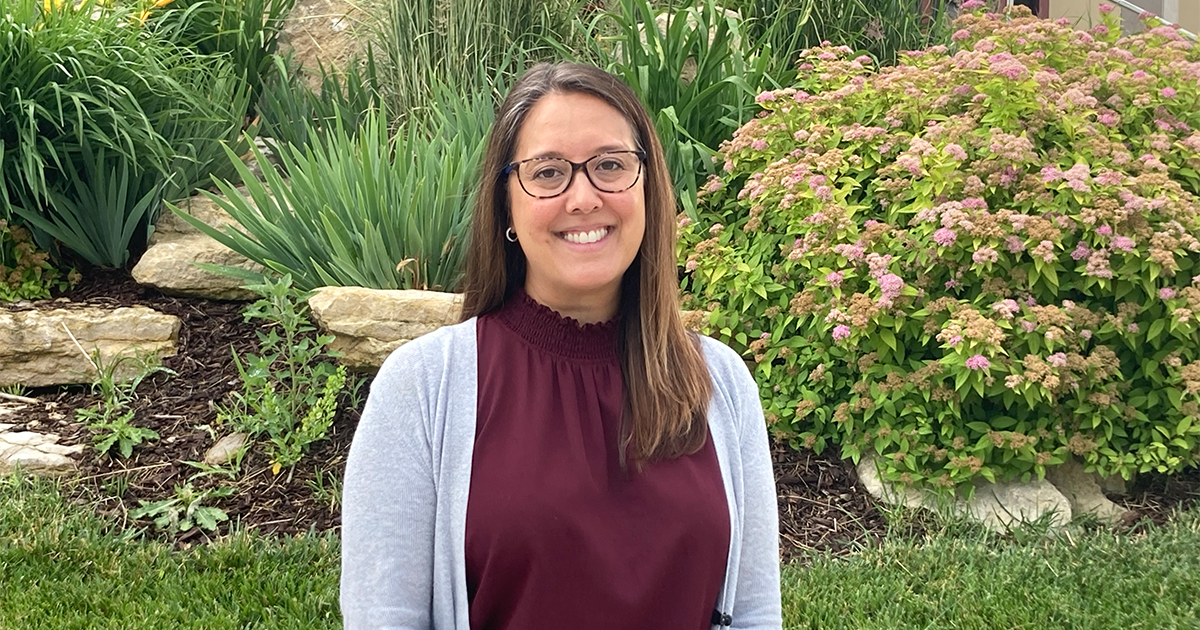 Alisa Macksey brings a wealth of national and international Lasallian experience to her role at La Salle University.

Macksey has studied at two Lasallian universities in the U.S. and has worked with the De La Salle Christian Brothers for more than two decades. Included in that work is a part-time position as inaugural president of the International Council for Association and the Lasallian Educational Mission, which focuses on the vitality of the Lasallian mission worldwide. As president, she leads a culturally diverse group of people, Christian Brothers, and Lasallian Partners in this role—one to which she was appointed by the former Superior General, La Salle alumnus Brother Robert Schieler, ’72, F.S.C., Ed.D.

Macksey is the eldest of two children. She was born in the Philippines to parents—a Thai mother and American father—who met while working together for Bank of America. The family moved from Manila to Concord, Calif., roughly 30 minutes east of Berkley, when Macksey was three years old. “I still have family there, with my mom and sister, and an aunt and a cousin living in California, so I cherish the time I get to visit with them,” she said.

Upon the start of her La Salle tenure, Macksey will have worked for or studied at three of the six Lasallian colleges and universities in the U.S. She earned her undergraduate degree in sociology and anthropology at Saint Mary’s College of California and she is nearly finished with her doctoral dissertation at Saint Mary’s University of Minnesota, where she has worked for the last seven years. She is an Ed.D. candidate with a concentration in educational leadership.

Macksey’s identity as a committed Lasallian contributes to the focus she applies toward diversity, equity, and inclusion initiatives.

Macksey’s identity as a committed Lasallian contributes to the focus she applies toward diversity, equity, and inclusion initiatives. In her work at Saint Mary’s University of Minnesota, as Dean of Student Success and the First Generation Initiative, Macksey represented the university as diversity officer. She was charged with collaborating with all areas of the university to foster and advocate for unity in diversity, inclusivity, respect, and solidarity initiatives. During her time as director of Lasallian Volunteers, the organization achieved a record number of applicants and prospective volunteer sites, helping to increase the diversity of people and ministries served.

Macksey has worked with the De La Salle Christian Brothers for more than 22 years. After graduating from college, she relocated to Kansas City, Missouri, where she lived in community with Christian Brothers for two years as a Lasallian Volunteer. By day, she worked with adults suffering from severe and persistent mental illness and, after school, she tutored elementary- and middle school-aged students. “Serving others, particularly those who are considered on the margins or on the periphery, is what drew me to the Lasallian charism,” she said. “We had prayer in the morning, supper together, and shared chores. It was a beautiful experience that kept me centered and helped me through challenges.”

Macksey has crossed paths with La Salle faculty over the years through her professional work. As director of Lasallian Volunteers, she annually visited La Salle’s campus in the early 2000s for weeklong orientation programs that brought her to 20th and Olney. Presently, she serves as associate editor of the AXIS: Journal of Lasallian Higher Education, through which she has worked closely with La Salle faculty who have submitted articles for publication.

“Serving others, particularly those who are considered on the margins or on the periphery, is what drew me to the Lasallian charism,” she said. “We had prayer in the morning, supper together, and shared chores. It was a beautiful experience that kept me centered and helped me through challenges.”

“There’s so much history here and such strong roots in our Lasallian charism,” she said. Macksey pointed to other attractive elements of La Salle University, including its commitment to a student body that includes 42 percent of students who identify as the first in their families to attend college. “The location is so appealing, too, in that we are located in a community and serving those locally while also attracting students from outside our geographical area,” she added. “I can’t wait to accompany people on their own journey with the Lasallian charism, helping them connect more deeply with it, and share what I love about our mission. It is life-giving and life-sustaining.”