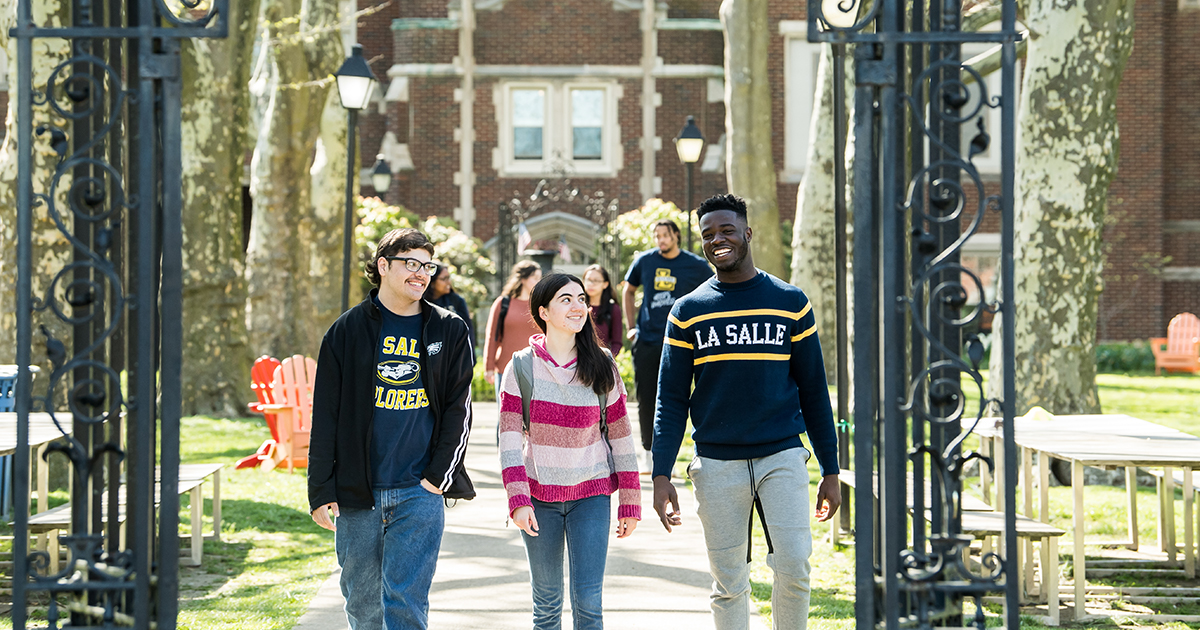 La Salle placed in the top-half of national universities overall, and scored well in social mobility, value, and undergraduate nursing.

La Salle University is ranked among the top-half of universities in the nation, according to U.S. News & World Report, which also highly ranked La Salle for value and social mobility, and in multiple undergraduate programs.

This is the University’s first year of eligibility for U.S. News’ ranking of national universities, having previously been ranked among regional universities. The publication classifies national universities as those with a spectrum of undergraduate majors, and master’s and doctoral programs, and that recognize faculty scholarship as part of strengthening the rigor of the academic experience for students.

“This recognition from U.S. News & World Report is a testament to the rigor of our academic programs, the high quality of instruction and scholarship from our faculty, and the transformational outcomes we provide for our students,” said La Salle President Daniel J. Allen, Ph.D. “It is gratifying to find La Salle University in the company of so many exceptional colleges and universities from across the country.”

La Salle is ranked No. 149 among national universities for best value. This ranking considers a university’s academic quality and cost after accounting for total expenses and financial aid.

U.S. News has ranked La Salle annually for social mobility, dating back to its 2019 debut of the ranking. U.S. News calculates its social mobility score by evaluating universities that enroll and graduate a high percentage of students who qualify for the federal Pell Grant.

In 2022, undergrad nursing students at La Salle posted a higher first-time pass rate than their Pennsylvania and national peers on their national licensure exams (NCLEX) for registered nurses.

U.S. News ranked La Salle as the third-most diverse national university in Pennsylvania, trailing only the University of Pennsylvania and Carnegie Mellon University. La Salle also earned recognition as one of the nation’s best universities for veterans.