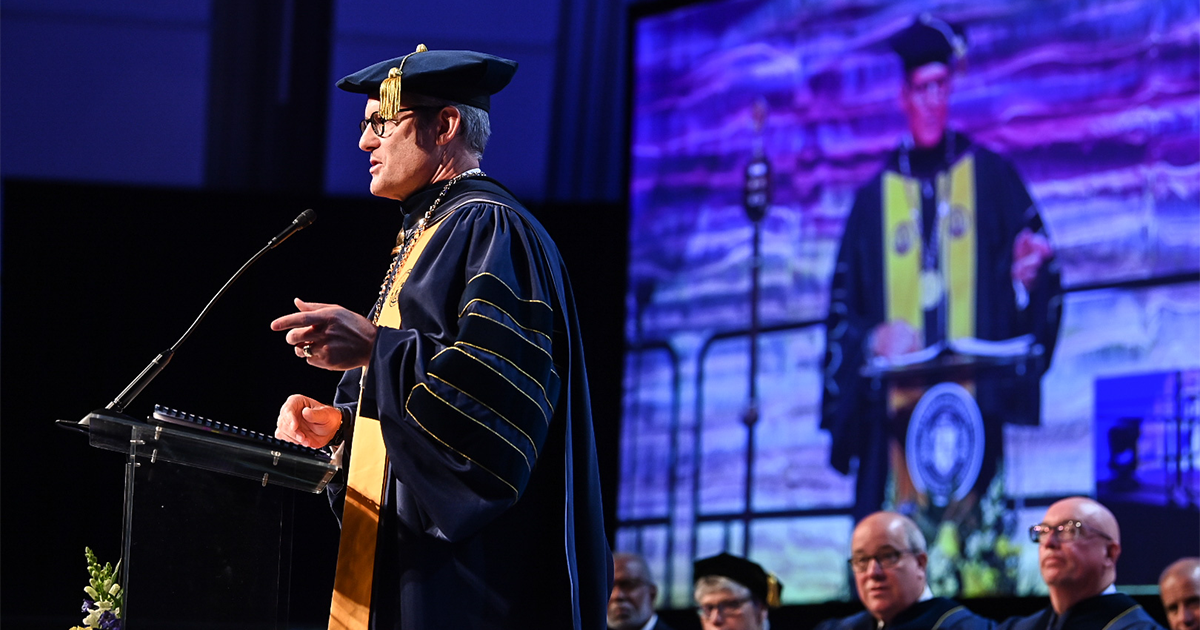 The Institute of the Brothers of the Christian Schools—the religious community and teaching order that ministers to Lasallian education globally—has made a $3 million gift to La Salle University to help launch its ambitious fundraising initiative called the Charter Challenge.

This seven-figure contribution serves as the lead gift for La Salle’s Charter Challenge, announced by University President Daniel J. Allen, Ph.D., during his Oct. 28 Inauguration address. The Charter Challenge recognizes La Salle’s receipt of its charter from the Commonwealth of Pennsylvania 160 years ago, in March 1863, and maintains a goal of raising at least $10 million by the end of the current academic year, said President Allen.

“When met,” President Allen said, the Charter Challenge “will expand existing student scholarships and create new ones; and will strengthen the academic and overall La Salle experience for our students.”

Learn more about the Charter Challenge and ways you can offer support.

“La Salle’s mission is as compelling today as it was in its founding in 1863,” said La Salle Trustee Brother Robert Schaefer, FSC, ’89, Brother Visitor of the Lasallian District of Eastern North America, of which 43% of its Brothers attended La Salle. “We in DENA are committed to this important mission and excited by the leadership and vision of Dr. Daniel Allen as La Salle’s 30th President.”

The lead gift from the Brothers of the Christian Schools is a sizable contribution that will help La Salle reach its goal.

Christian Brothers maintain an active presence on La Salle’s campus, delivering courses, leading campus ministry and community service, advising student organizations, and supporting fundraising and other University initiatives. Globally, the Institute of the Brothers of the Christian Schools each year educates approximately one million students across 82 countries and in more than 1,000 Lasallian schools, including La Salle.

In another significant development, the lay members of La Salle’s Board of Trustees contributed an additional $1 million in combined gifts, thus ensuring that the University is nearly halfway toward its fundraising goal as the Charter Challenge commences.

“When met, the Charter Challenge will expand existing student scholarships and create new ones; and will strengthen the academic and overall La Salle experience for our students.”
—President Daniel J. Allen, Ph.D.

“I am emboldened by these tremendous and selfless gestures of philanthropy,” President Allen said. “They reflect a high degree of trust and confidence in the future of La Salle University. These are demonstrations of belief in the holistic education we provide and the return on investment our students expect. They are examples of courage.”

Seven key areas will draw support from the Charter Challenge:

Learn more about the Charter Challenge and ways you can offer support.