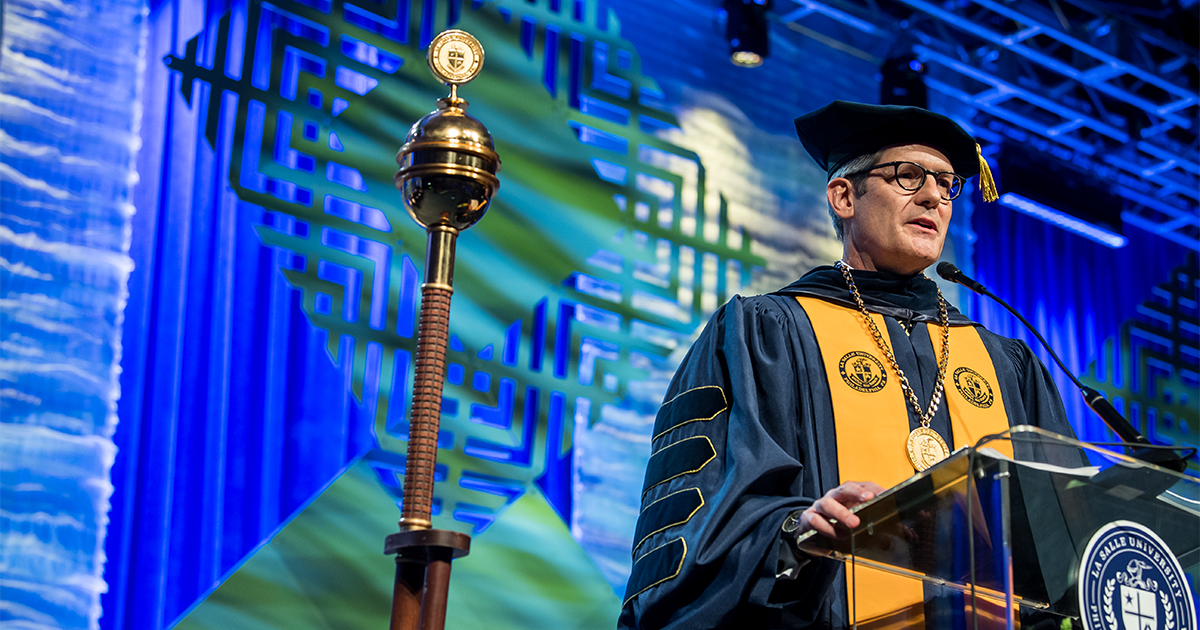 The grant, through the Redevelopment Assistance Capital Program, will enhance the campus experience for students.

La Salle University has received a $3.5 million grant from the Commonwealth of Pennsylvania to apply toward campus reinvestment.

La Salle President Daniel J. Allen, Ph.D., announced the University’s receipt of the grant in his Inauguration address on Oct. 28. Awarded through Pennsylvania’s Redevelopment Assistance Capital Program (RACP), the grant will help fund investments in infrastructure and facilities to enhance the campus experience for students, including in the areas of health and wellness.

Multiple phases will follow the awarding of the grant from the Commonwealth, with additional details from the University to be announced at a later date.

Over the summer, La Salle received two grants to support academic programs—one current program and one in development. The undergraduate nursing program received a $300,000 grant from the Regina Charitable Fund at the Philadelphia Foundation, intended for helping students complete their degrees and creating an endowed scholarship at La Salle for nursing students. The National Endowment for the Humanities awarded a Connections Grant to help fund the creation of a health and humanities minor to explore the relationships between health and the human condition.

And in 2021, La Salle and four other area universities received a $3 million grant from the National Science Foundation toward socio-scientific inquiry in the STEM fields and the incorporation of social issues as catalysts for classroom instruction.