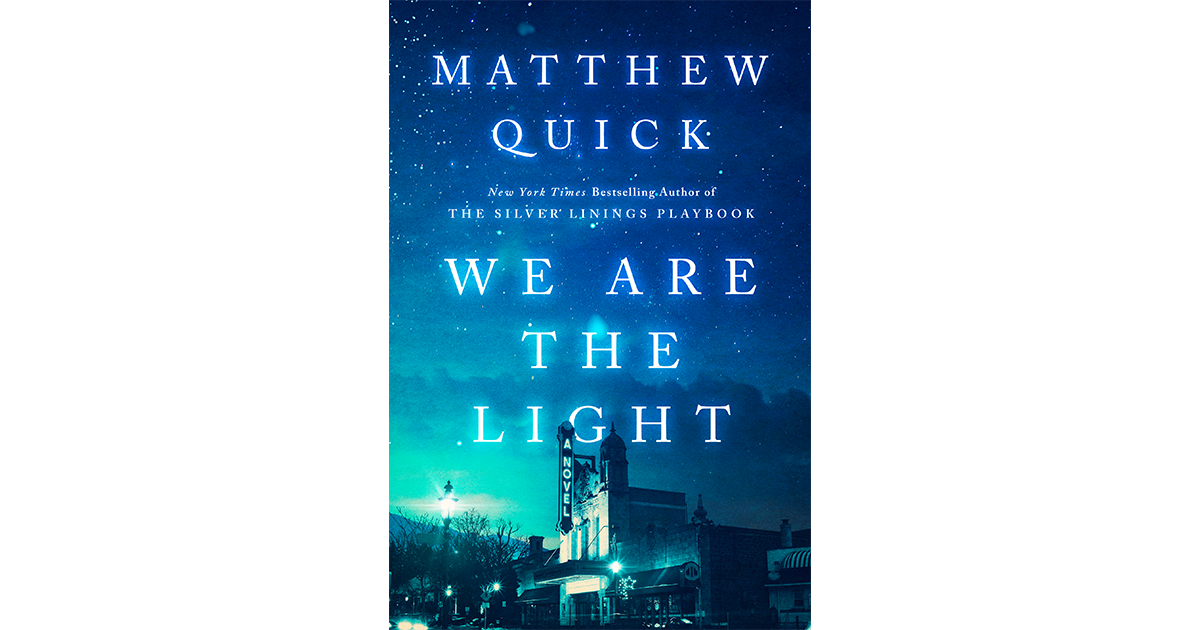 The newest work by Matthew Quick, ’96, HON ’13, arrives just as the movie inspired by his most-famous novel celebrates 10 years since its theatrical release.

“I started writing in elementary school and something inside of me just lit up,” he said.

The Oaklyn, N.J., native remembers a teacher in elementary school praising a short story he penned. It was equal parts exciting and terrifying.

“Letting people peek into my head felt dangerous to the young me and still does,” he said. “But I think I also wanted, and still want, to connect with the world at large. In many ways, I was a lonely kid. I’m still introverted by nature. Writing was and is my attempt at bridge-making.”

Quick, who majored in secondary education and English at La Salle, authored The Silver Linings Playbook. The novel was adapted into an Academy Award-winning 2012 film starring Bradley Cooper and Jennifer Lawrence.

Quick’s latest novel, We Are The Light, is available Nov. 1. He discussed his time at La Salle, his latest work, and his writing process.

What did your time—and education—at La Salle help build upon?

I mostly grew up in Oaklyn, N.J., which is a salt-of-the-earth place full of beautiful people and, in the 1980s, it wasn’t a community that actively encouraged the kind of inner growth for which I was hungry. La Salle was a womb for me—a safe four-year container in which I could explore different aspects of my personality, while also being exposed to different religious perspectives and Brother Lawrence Colhocker’s Bildungsroman class, and Justin Cronin’s creative writing classes, and Helena White’s Theater Now class. It’s where I played in an indie rock band for a few years. It’s where I stayed up all night having philosophical discussions with other budding young men and women. And it’s where I fell in love with my wife, Alicia Bessette, ’97. My time at La Salle helped me start figuring out who I was meant to be. And there is nothing more important than that.

What (or whom) acted as positive influences on campus?

In addition to those I mentioned, Carole Freeman, Ph.D., strongly influenced my teaching philosophy. My education buddies and I all looked up to and admired her. Charles White’s jazz and classical music appreciation classes were soul- and mind-expanding. Here’s a story for you: I’m set to speak on a panel with Justin Cronin in Denver this fall at the MPIBA Fall Conference—Bestsellers for Breakfast Keynote Authors.

“My time at La Salle helped me start figuring out who I was meant to be. And there is nothing more important than that.”

Justin and I have been in touch over the past year, and I Zoomed with his creative writing students at Rice University. Being reunited with my first creative writing teacher will be a moment. All of we hopeful young writers looked up to Cronin. As La Salle’s writer in residence, he was a genuine working storyteller. I had never had access to a real novelist before. Seeing him go on to win awards and then, later, be anointed by Stephen King on a famous TV morning show made me believe in possibility. That’s a powerful thing to give your students. I’d like to add that (English professor) Kevin Harty has been supportive over the years. He was one of Alicia’s favorite teachers while she was at La Salle. I only got to know Kevin after I graduated. I wish I had gotten to experience him as a teacher.

You’ve also received an honorary degree from the University. What was that moment like?

I had a bit of a mental breakdown in the spring of 1996—right at the end of my La Salle journey—and I skipped my graduation to recuperate in the mountains of Vermont. I think my parents actually called the school to make sure I had indeed earned a diploma. Brother Colhocker, with whom I sometimes discussed film, kindly tried to talk me into attending the graduation ceremony, saying I needed closure and would someday regret not going. But I was young, arrogant, and wounded. I couldn’t hear his wise counsel through the pain I was feeling at the time. When I returned to La Salle almost two decades later and gave my honorary-degree address, I realized that Brother Colhocker had been right. I still needed closure. And the young man inside the middle-aged Matthew Quick was deeply moved by the University’s calling him back to heal. My beloved grandmother was in her nineties at the time and was very proud to see me accept an honorary degree. And my parents finally got to see me graduate, so to speak, which was also beautiful. I remain forever grateful.

It’s been almost 10 years since the theatrical release of Silver Linings Playbook. What was it like to see your novel become a film?

I’ve been answering this question for more than a decade and I don’t think I will ever get it correct. It was wonderful and heady and strange and confusing and lifechanging. There are so many worthy novels that would make excellent films. Why did the collective pick mine? Why did all the stars align? We’ll never know. I’ve had another novel made into a Netflix film, and I’ve written a bunch of screenplays. Recently, I’ve settled back into novel writing. I feel most comfortable there these days. 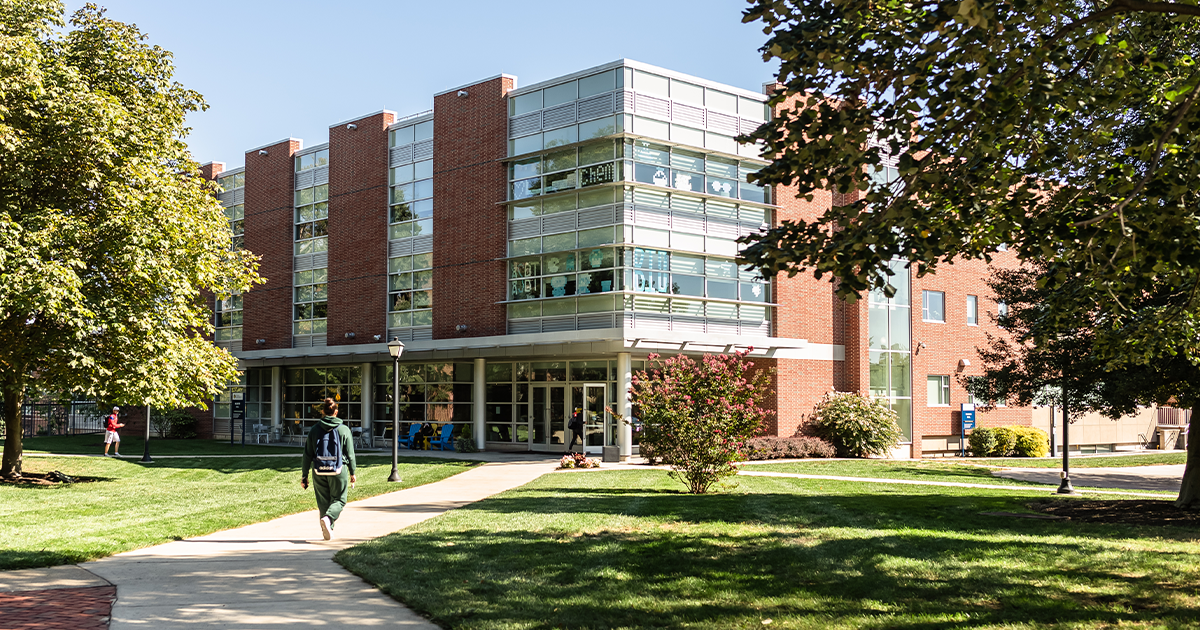 The Silver Linings Playbook discusses mental health and grief, among other heavy topics. But it also provides humor and joy. How does your work find a balance between the two? Do you think those themes helped the work resonate with so many people?

The Jungian (therapy) work I’m doing lately teaches that whenever something manifests in the world, the opposite also constellates. There would be no joy without grief and no health without sickness. Those of us who love have an equal capacity to hate. Those of us who hate, of course, have the seeds of love within. That’s just the truth. I think it’s an artist’s job to tell the truth as best as that artist can. All my work is born from personal joys and struggles, great highs and terrible lows, the full spectrum of life. Sometimes people see shades of their own truths in my work and say that makes them feel less alone. Other writers have done that many times for me, so I am always grateful whenever I have been able to make others feel seen. It feels useful to me and worth doing.

What inspired your upcoming novel, We Are the Light?

The book isn’t about substance abuse in any way. But I got 100% sober in June 2018 and then experienced a rush of emotional pain that the alcohol had apparently been keeping at bay for decades. It was a lot to deal with. I initially coped by running—sometimes fifteen, even twenty miles a day. And I experienced crippling writer’s block that lasted years. It was emasculating. I fought it, dutifully sitting at my desk for hours every morning, but no matter how hard I tried, I just couldn’t write anything good, let alone publishable. I had been publicly talking about my anxiety and depression since 2008, when I first published Silver Linings. But I had also somewhat privately been using alcohol to cope with all that. I had never actually been in therapy of any kind. Finally, I broke down and, with Alicia’s help, I got humble and entered into Jungian analysis. I immediately bonded with my analyst in a way that made me feel dependent. And I developed a fear of being abandoned. I started to worry that my analyst might die or, worse yet, discard me before our work was done. Eventually, I did what I always do with my mental health problems and dragged this phobia into the creative writing wrestling ring and tried to twist and bend it into a manuscript. It did not cooperate—at all. But I kept trying and, maybe a hundred hours into my analysis, I began writing about Lucas Goodgame, whose Jungian analyst abandons him on page one, when Lucas needs him the most.

You note in your letter from the author in this novel is different from your previous ones. How was the writing process for this novel different?

The novel is about how a small, traumatized community comes together to heal. They use story and art to do this, as well as good-old-fashioned neighborly kindness. When I got sober, my world got tiny. And all my difficult emotions intensified. My instinct was to hide, to be a hermit who ran in the woods all day. But there were people who wouldn’t give up on me. My wife, Alicia, was a rock. My friend Kent Green and I started a two-man movie club where we took turns picking films to analyze together.

“I think it’s an artist’s job to tell the truth as best as that artist can. All my work is born from personal joys and struggles, great highs and terrible lows, the full spectrum of life.”

My friend Matt Huband and I began having lunch once a week. And my brother, Micah, and I started having phone conversations every Saturday morning. These seemingly small connections were crucial lifelines when I was first sober. The steadiness of my wife, male friends and family members were an essential part of my recovery. And so, I knew the recently traumatized (book character) Lucas—even though he’s not an alcoholic—would need small but beautiful lifelines, too. He would also need a mission, and finds one when an 18-year-old boy named Eli sets up a tent in Lucas’s backyard and then demands that Lucas finish the counseling work he was doing with Eli at the local high school. The book is about how art and friendship can help us transcend even the worst of life. I’ve bled for all my novels, but I have never bled quite so much as I did while writing We Are the Light. It’s been a journey.

Overall, what do you hope readers take from your novels?

I wasn’t raised Catholic and—as an undergrad—I probably didn’t have the proper respect for the religious underpinnings of La Salle. Regarding La Salle’s Catholic heritage, I just pulled this line of the mission statement off the University’s website: “These traditions inspire us to integrate scholarship from across the various academic fields in an effort to understand the world around us in ways that bring people closer in relationship to the transcendent.” My sobriety and the Jungian work have both given me a deeper appreciation for the transcendent. We Are The Light is a reflection of that change. My team and I are attempting to put some much-needed light into the world with this novel. I hope my fellow brother and sister Explorers will join us.