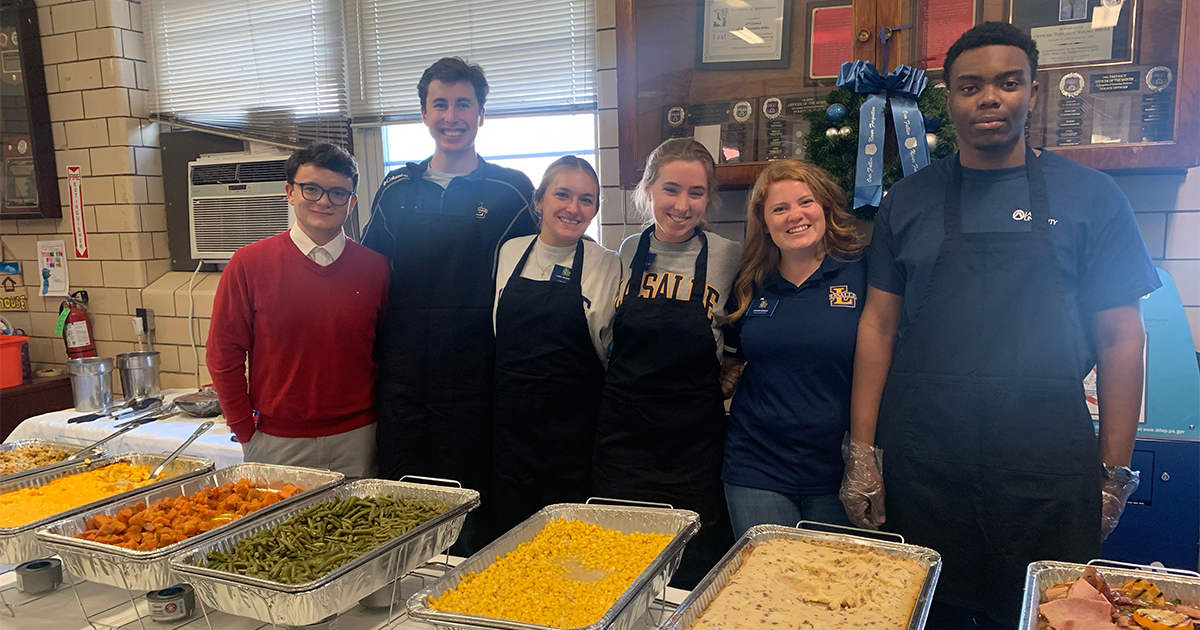 The annual tradition has been going on for nearly a quarter century.

For the 23rd year, Explorers served Thanksgiving meals to those who serve La Salle University’s campus and neighboring community.

Roughly three dozen La Salle students and staff members visited the local police and fire personnel whose headquarters border the University’s Belfield campus. And they brought with them all the traditional Thanksgiving tastes—from savory carved turkey, stuffing, and potatoes, to apple and pumpkin pies for dessert.

It’s an annual tradition that La Salle students began nearly a quarter century ago. Their aim then is the same today.

“It’s a small way of saying thank-you to the police officers and firefighters who protect us throughout the year and make our campus experience a safe and enjoyable one,” said Jack Ventresca, ’23, MBA ’24, a member of the La Salle Ambassadors who helped dish out the meals. “They also are the ones who protect our neighbors in the community around campus. They are special people and this is our opportunity to say thanks.”

Back in 1999, students from the La Salle Ambassadors planned the original Thanksgiving meal dropoff. They fundraised year-round to make it possible. Today, the Ambassadors are still answering the call to feed Philly’s first responders.

La Salle President Daniel J. Allen, Ph.D., spoke with officers and staffers during his visit to the 14th District. He met with Captain Austin Fraser and even spent time behind the serving trays to dish out some of the traditional Thanksgiving fare.

“Thanksgiving came early this year,” said Dan Joyce, M.A. ’01, Vice President of University Advancement. “This is the time of year to express your thanks. This event gives us an opportunity to express our gratitude. It’s also a point of pride for our students, of course, but it’s also a great tradition that we extend to our community partners and first responders who protect our campus and our community, which includes our neighbors in Belfield and Northwest Philadelphia.” 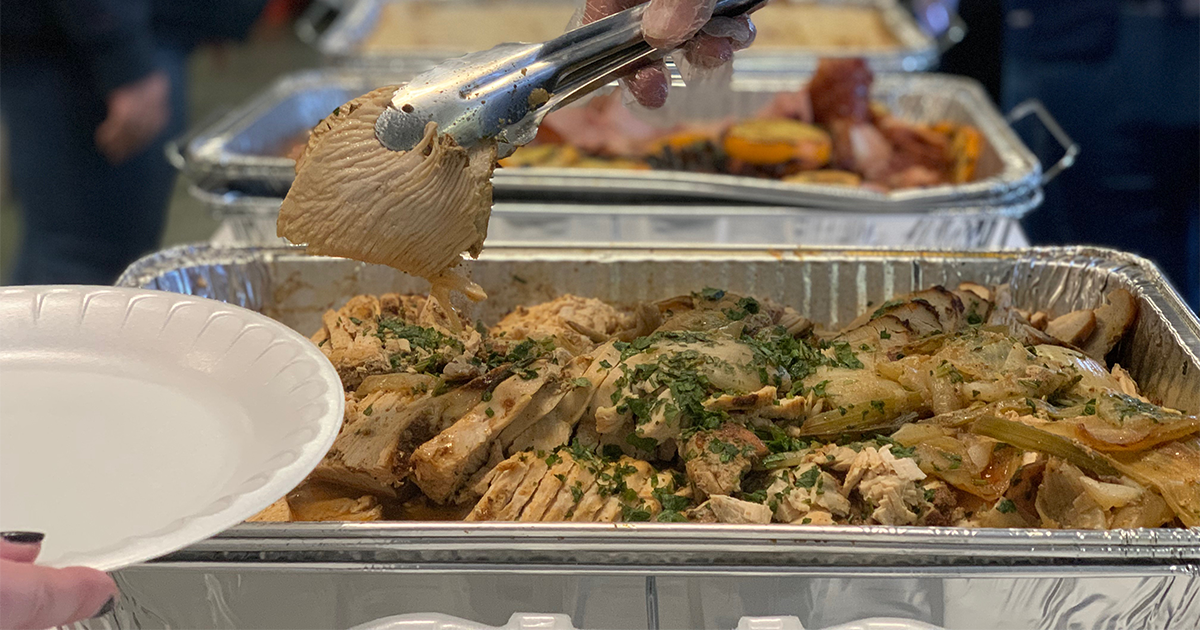 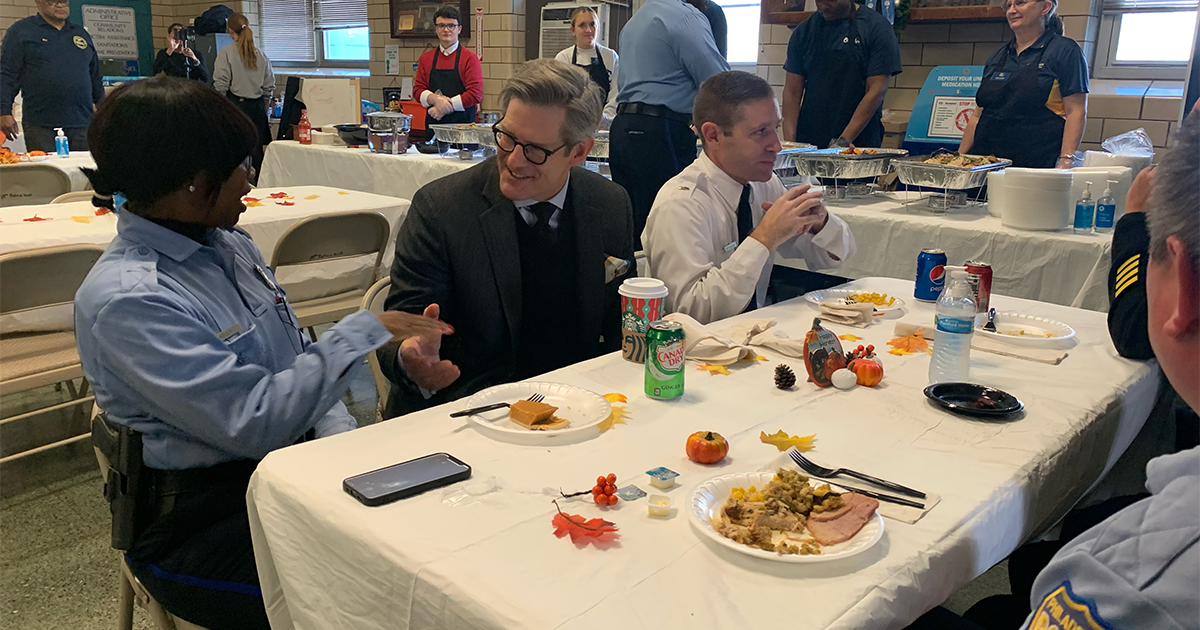 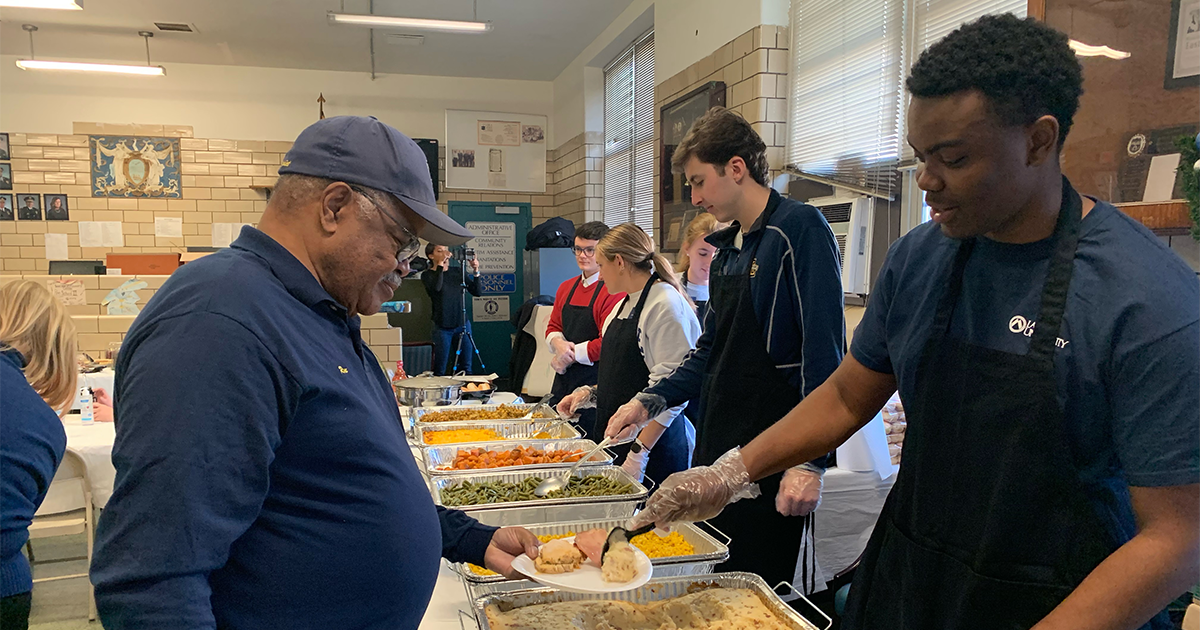