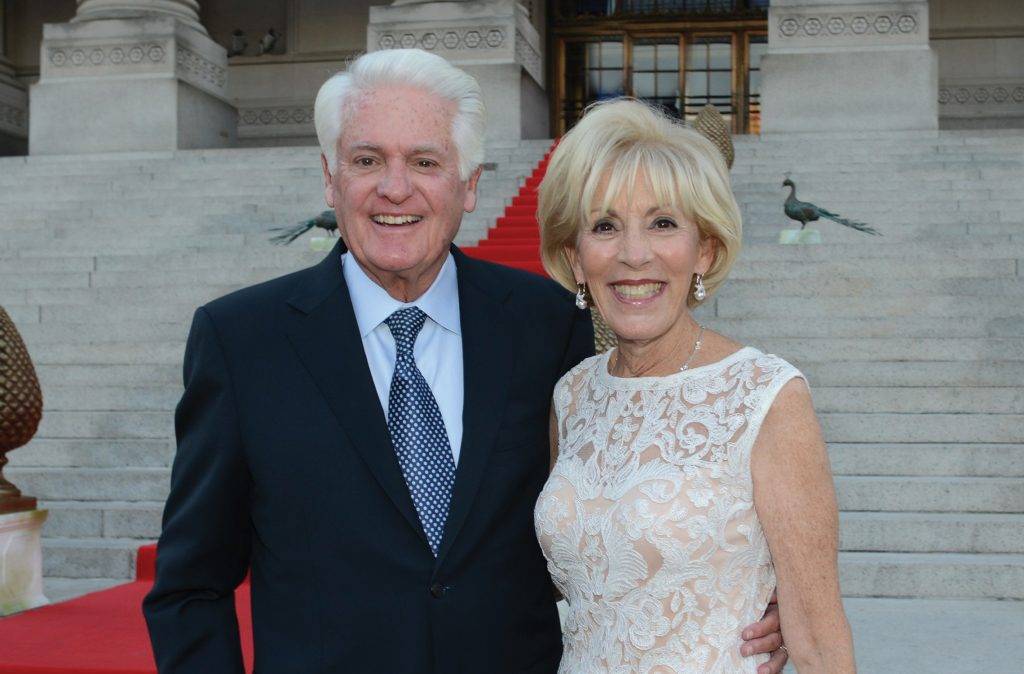 A working class rowhome in Germantown is where the seeds of John Fries’s desire to give were first planted. “I’m one of six children of an Irish immigrant family,” John said. “I was lucky to receive an excellent Catholic education. Through hard work and success throughout the years, I’m blessed to be able to give back.”

John graduated from La Salle with a degree in accounting in 1966. The first half of his career was spent in the computer industry and eventually he found his way into healthcare industry and John began a consulting company that specialized in managing distressed HMOs. In 2002, John and his partner purchased Neighborhood Health Partnership (NHP), which they grew into Florida’s only 5-star HMO company. John and his partner successfully turned NHP around, allowing them to sell to United Healthcare in 2005, giving John a tremendous opportunity to give back. “Since then,” John said, “I have been able to sit on some boards and support my philanthropic efforts.” John sits on the board of The Franklin Institute and is chairman of Global Fit (a wellness company in Philadelphia.) He also served on the board of trustees with La Salle from 2008-2011. He has given generously to Villanova University, St. Joseph’s University, and Jefferson Hospital. But his desire to give back was not limited to higher education. John and his wife Maureen invested in the parish grade school that they both attended in Germantown.

“I got involved with Independent Mission Schools (IMS), a nonprofit which operates 16 mission schools in Philadelphia. One of those schools happened to be St. Francis Assisi School (now DePaul Catholic School). Along with other partners, we bought the school, the church, the rectory, and the school yard from the Philadelphia Archdiocese and donated it back to IMS.”

“Education is so important. We only hope to give students today the same chances that we were given when we went to school.” -John Fries

John was also a major donor to North Catholic High School. He initiated a school within a school concept, which allowed students the ability to graduate with a high school diploma along with various Microsoft and Networking certifications. Now in 2018, John and Maureen committed $1 million to La Salle’s School of Business. This gift will equip the Trading Room on the first floor of Founders’ Hall with Bloomberg Terminals and a stock ticker tape to track the ups and downs for the stock market. It will play an integral part to in solidifying La Salle’s advanced business certifications.

The reason why John and Maureen give so generously to education is that they want to give students the tools to make their future better. “Education is so important,” he explained, “but the system isn’t the same as it was in the 50s and the 60s. Now it is so expensive for these kids to get the same education we did. We only hope to give students today the same chances that we were given when we went to school.”

With 40 years of experience in business involving turnaround management challenges, John has unique insight and thinks La Salle’s future is brighter than ever. “I have to say that Colleen Hanycz has done a tremendous job as La Salle University’s President. Under her leadership, La  Salle has undergone a major transformation. She has right-sized the personnel, the curriculum, and has aggressively dropped the discount rate, causing a more competitive tuition rate without compromising any academic standards. La Salle is positioned properly as a competitive business school in the city and competitive on a national basis. I believe that La Salle is headed in the right direction and I’m proud to be a part of it.”