Why I Give Back

What is it like to find your professional “forever home”? Stephen Degnan, ’87, found his in 2004 when he started working with Purina, Nestlé’s PetCare business. 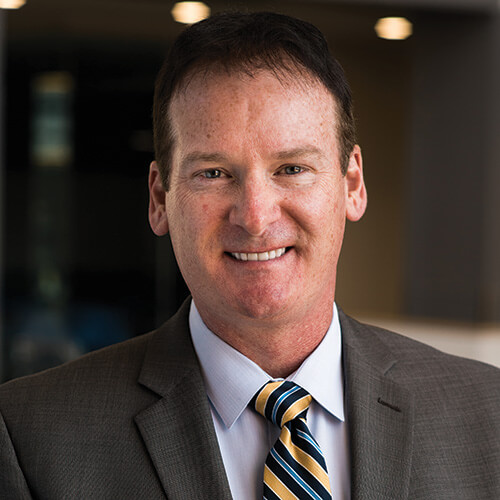 “I’m lucky,” he said. “I have enjoyed a long career with a multinational company. I am endlessly challenged and look forward to each day—even the tough ones. It’s a very special place and it keeps me growing, engaged, and inspired.”

It’s a big part of what Degnan said keeps him motivated to keep giving back and doing more. Another part, Degnan said, is being an Explorer. “My Lasallian roots remind me that I have a certain set of obligations to help others,” he said. “So, I spend time with several nonprofit organizations, including La ­Salle, that help remind me that one of the reasons we are all here is to help each other and, in particular, those less fortunate—that keeps me going.”

That impact, he said, is something that has only grown stronger over time. “I was fortunate to have classes with some of the legendary professors at La ­Salle,” he said. “And as strange as this may sound, I feel like their impact grew on me over time, their lessons rattling around in my head as I got older. I think these days that’s called ‘learning how to learn.’” Degnan said the same philosophy goes for the spiritual lessons he learned from La ­Salle. “I don’t know that this is unexpected or not,” he said. “But it’s definitely a gift.”

Now, Degnan is in the position to tie his passion for what he does every day at Purina to his love for La ­Salle and giving back. He has played an integral role in donorship and in developing the La ­Salle and Purina partnership, which has brought forth invaluable campus opportunities including the Purina Dog Show and the new dog-friendly residence hall in St. George. He even lived in St. George residence hall his junior year at La ­Salle. “[I hope] that everyone sees what a cool and innovative thing it is for Colleen [Hanycz], Dawn [Soufleris], and the rest of the University leadership to support this.”

His hope for the new dog-friendly residence is that having the dogs on campus sparks happiness. “I am hoping the students in other dorms will stop by St. George for some doggie hugs and that it becomes a hub in that way,” he said. “Being around animals relieves stress, lowers blood pressure, and is likely beneficial in ways we do not yet understand.”

On being able to help pull all of it together, Degnan said, “It’s incredibly gratifying. I think Purina and La ­Salle have many things in common: deep roots, heritage, history, humility, rock-solid values, and a lot of active service happening.”

“I feel like [the] impact [of my professors] grew on me over time, their lessons rattling around in my head as I got older. I think these days that’s called ‘learning how to learn.’”