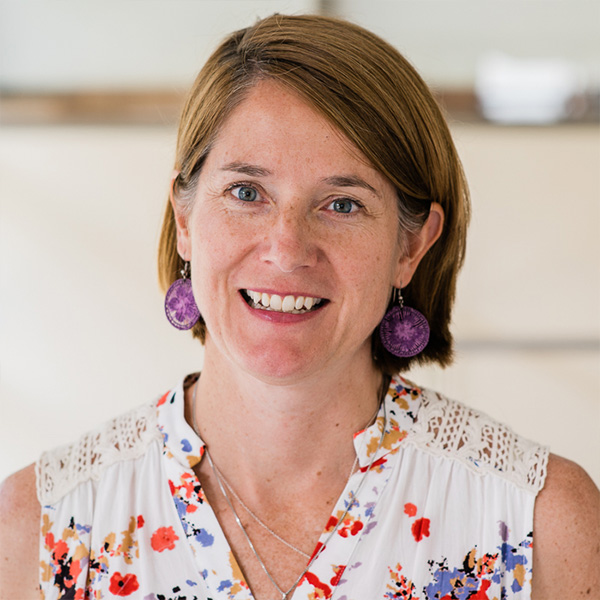 After eight years in the Theology Department at Fordham University, Maureen H. O’Connell returned in 2013 to her native city of Philadelphia to Chair the Department of Religion at La Salle University where she is also an Associate Professor of Christian Ethics. She holds a B.A. in history from Saint Joseph’s University and a Ph.D. in theological ethics from Boston College. She authored Compassion: Loving Our Neighbor in an Age of Globalization (Orbis Books, 2009) and If These Walls Could Talk: Community Muralism and the Beauty of Justice (The Liturgical Press, 2012), which won the College Theology Book of the Year Award in 2012 and the Catholic Press Association’s first place for books in theology in 2012. Her current research project explores racial identity formation, racism, and racial justice in Catholic institutions of higher education. She serves on the board of the Society for the Arts in Religious and Theological Studies and is a member of St. Vincent De Paul parish in Germantown, where is also a member of POWER (Philadelphians Organizing to Witness, Empower, and Rebuild). POWER is an interfaith federation of 90 faith communities committed to making Philadelphia the city of “just love” (as well as “brotherly love and sisterly affection”) through a more just wage for workers, fair funding for public schools, immigration reform and decarceration.

The arts and social justice

If These Walls Could Talk: Community Muralism and the Beauty of Justice. Collegeville, MN: The Liturgical Press, 2012.

“A Harsh and Dreadful Beauty: The Aesthetic Dimension of Dorothy Day’s Ethics,” pp. 163-181

Compassion: Loving Our Neighbor in an Age of Globalization. Maryknoll, NY: Orbis Books, 2009.

“The Upper Room of Whiteness: Encountering a Personal History of White Dominance in Catholic Philadelphia,” PICO training for national facilitators of “Year of Encounter with Pope Francis,” Our Lady of Hope Parish, Philadelphia, 28 April, 2015.

“Beyond Man of the Year: Assessing Celebrity and Substance in the Papacy of Francis,” panel presentation with the Roman Catholic Studies Group, American Academy of Religion, 22 November, 2014.

“Hiring for Diversity,” panel presentation to the Status of Racial and Ethnic Minorities in the Profession Committee, American Academy of Religion meeting, 23 November 2014.

“Taking on the Smell of the Sheep: Racial Justice in the Missionary Key of Evangelii Gaudium,” panelist at Georgetown University’s Berkeley Center for Religion, Peace, and World Affairs symposium, “A New Vision for the Church?: Evangelii Gaudium – Pope Francis’ Agenda for Church, World, and Social Justice,” 28 March 2014.

“Francis: The Euro-American Pope,” panelist on “Pope Francis: Reformer or Radical?” for College Theology Society section at the American Academy of Religion, 23 November 2013.

“Re-Imaging Justice: Beauty, the Arts, and Christian Ethics,” Religious of the Sacred Heart of Mary tri-annual Festival of Learning, 20 – 26 July 27, 2013.

“The Age of Obama: Continuity and Change in War and Peacemaking,” panel presentation at the Society of Christian Ethics annual meeting, Washington, D.C., 7 January 2012.