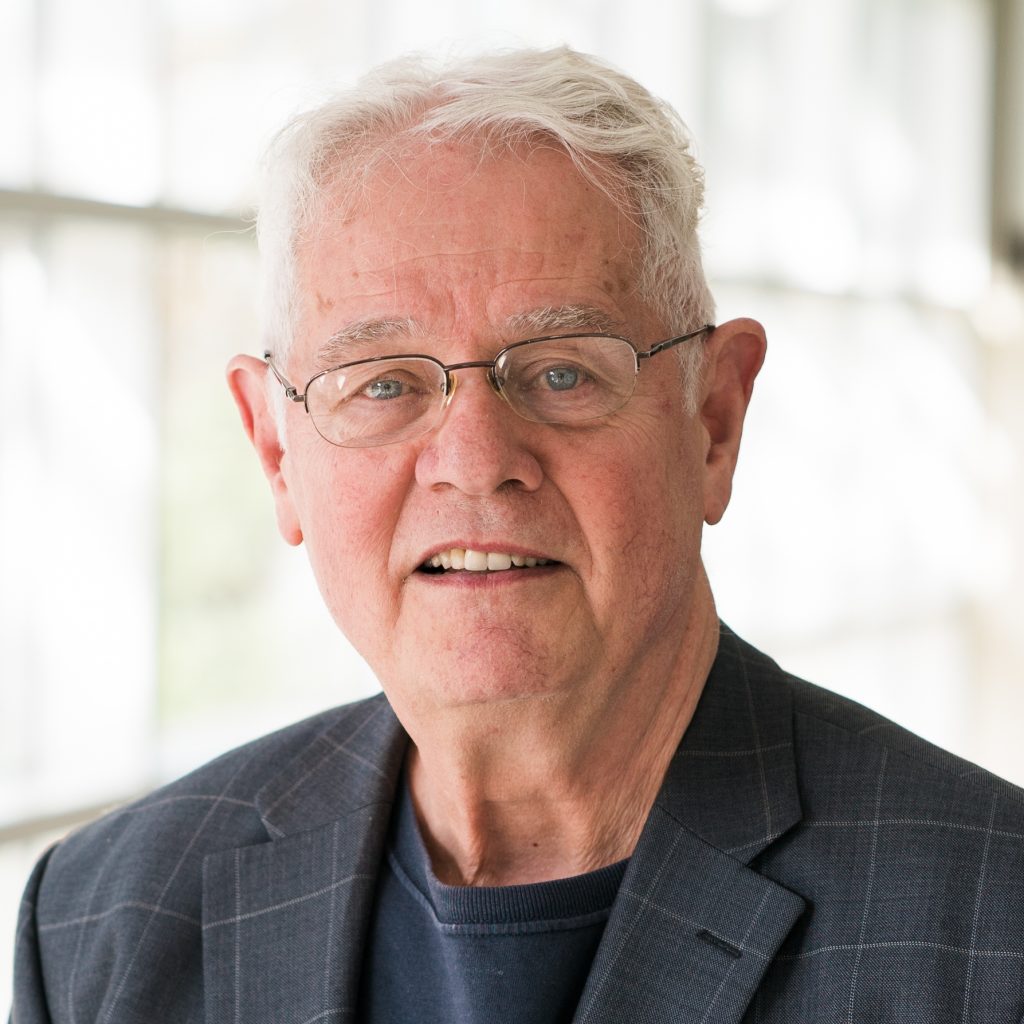 Dr. Kling studied English, German, and comparative literature at La Salle College, Georg-August-Universität (Göttingen, Germany), University of Pennsylvania, and Temple University. His dissertation is titled The Artist as Austrian: Social Principle in Some Early Works of Hugo von Hofmannsthal. He has been a Fulbright scholar twice, once after his undergraduate years (with a project on Thomas Mann’s Doktor Faustus) and later as a visiting professor at the University of Vienna. He has been awarded research fellowships by the Lilly Library at the University of Indiana the Everett Helm Fellowship) to study literary translation, by the Beinecke Library of Yale University (the Hermann Broch Fellowship) for research on Broch’s novel The Death of Virgil, and participation in a National Endowment for the Humanities Summer Institute on “The People of Vienna in an Age of Turmoil, 1848-1955. Most recently, Dr. Kling was awarded the 2013 Schlegel-Tieck Prize awarded by the Goethe Institut of London, England, for best translation of a literary work from German.

Dr. Kling has translated fiction, poetry, and critical writings by Doderer; Bäcker; Pittler; Jonke; and Fritsch. He was awarded the Schlegel-Tieck Prize for the Swiss novel Why the Child Is Cooking in the Polenta, by Veteranyi. He is currently at work on a translation for New York Review of Books of Doderer’s monumental novel Die Strudlhofstiege oder Melzer und die Tiefe der Jahre and is compiling a compendium volume of writings by Heimito von Doderer in English translation.

Courses in English (member of the department for 35 years), in German, in music, in film, in rhetoric and public speaking, in graduate business writing for La Salle University in Prague

Modes of Representation: Form and Structure in the Divertimenti of Heimito von Doderer. Accepted for publication by Mellen Press. Forthcoming 2014. A critical study.

Inspector Bronstein and the Overthrow of the Government. By Andreas Pittler. Riverside, CA: Ariadne Press. Forthcoming. A detective novel.

Winning Back Lost Territory: The Writing of Lilian Faschinger. Co-edited with Laura McLary. Forthcoming from Ariadne Press, 2013. A collection of critical essays.

Why the Child Is Cooking in the Polenta.  By Aglaya Veteranyi.  Normal, IL: Dalkey Archive Press, 2011.  A novel.

transcript.  By Heimrad Bäcker.  Edited and translated by Patrick Greaney and Vincent Kling.  Normal, IL: Dalkey Archive Press, 2010.  A book of concrete poems on the Holocaust.

from transcript.  By Heimrad Bäcker.  Edited and translated by Patrick Greaney and Vincent Kling.  Review of Contemporary Fiction, 29 (3), 19-32.

Blinding Moment: Four Pieces about Composers.  By Gert Jonke.  Riverside, CA: Ariadne Press, 2009.  The contents comprise four literary works by Gert Jonke, each in a different genre, each about a different real-life composer.  Specifically, there is a poem in tribute to Olivier Messiaen, a short story about George Frederick Handel, a play about Ludwig van Beethoven, and a novella about Anton Webern.

Divertimenti and Variations.  By Heimito von Doderer.  Denver, CO: Counterpath Press, 2008.  The seven divertimenti and the “Variations on a Theme of Johann Peter Hebel” are included.

A Person Made of Porcelain and Other Short Stories.  By Heimito von Doderer.  Riverside, CA: Ariadne Press, 2005.  The contents are an edition, with a few stories omitted, of the one-volume collection of Erzählungen by Doderer (3rd ed. 1995) in my translations.  There are also a foreword concerning Doderer’s reception in English and an afterword concerning themes in his short fiction.

The Writer’s Place: Heimito von Doderer and the Alsergrund District of Vienna.  By Engelbert Pfeiffer.  (Original publication Vienna, 1983, privately printed.)  Riverside, CA: Aridane, 2001.  This book is translated and edited by me, with a new introduction, an expanded set of explanatory notes, a current bibliography, and an essay.

From Inspector Bronstein and the Coup d’État. By Andreas Pittler. Review of Contemporary Fiction, XXXIII (2), Summer 2013, 125-141.

Werner Morlang. “A Speech for Aglaja.” Forthcoming in CONTEXT  2011.

The next five items are all works by Heimito von Doderer; they appeared in the Southern Humanities Review.  Specific citations of volume, issue, and page numbers are given with each item.

The next seven items are all works by Heimito von Doderer; they appeared in Chicago Review, 26, 2 (1974).  Page numbers are given with each item.

“Strategic Defamation by Half-Truth and Innuendo: Reexaming the Record.” Afterword to Every Man a Murderer, by Heimito von Doderer. Trans. Richard and Clara Winston. Original publication 1964. Contra Mundum. Book under contract and planned for publication in 2014.

“Some Facts in the Case: Crime Fiction in Austria and the Andreas Pittler’s Bronstein Series.” Review of Contemporary Fiction, XXXIII (2), Summer 2013, 119-124.

“The Weft of Imagination: Ethics and Esthetics in Lilian Faschinger’s Paarweise.” Winning Back Lost Territory: The Writing of Lilian Faschinger. Ed. Vincent Kling and Laura McLary. Forthcoming from Ariadne Press, 2013.

“A Funny Thing Happened on the Way to the Title: Commerce, Culture, and Context in Translations of Literary Titles.” Forthcoming in Schriften der Heimito von Doderer-Gesellschaft.

“Inventing the Self: Gert Jonke’s Fragments of a Great Confession.” Review of Contemporary Fiction, XXXII (2), Summer 2012, 11-28.

“A Home in Language.”  Translator’s Afterword.  Why the Child Is Cooking in the Polenta.  By Aglaya Veteranyi.  Normal, IL: Dalkey Archive Press, 2011.

“‘Poetic Power’ or ‘Utter Parochialism’?”: A Range of Assessments” in Heimito von Doderer, A Person Made of Porcelain and Other Stories.  Trans. Vincent Kling.  Riverside, CA: Ariadne Press, 2005.  3-10.

“The Adventure of Virtue: Themes and Forms in Doderer’s Short Fiction” in Heimito von Doderer, A Person Made of Porcelain and Other Stories.  Trans. Vincent Kling.  Riverside, CA: Ariadne Press, 2005.  242-288.

Editor: An online casebook of critical essays on Gert Jonke’s Geometric Regional Novel, translated by Johannes W. Vazulik.  I edited this casebook of six essays for Dalkey Archive Press; I wrote the comprehensive introductory essay and coordinated the other five.  www.centerforbookculture.org. is the pertinent website.  My essay is entitled “Circling The Village: Contexts for Reading Gert Jonke’s Geometric Regional Novel.”  Posted June 2003.

An untitled review of three books on works of Karl Kraus in English translations by Harry Zohn and Frederick Ungar.  Modern Austrian Literature, 12, 2 (1979), 188-192.

“Literary Translation from German and Slavic Languages.” A panel I was asked to organize and chair. Conference: Association of Literary Scholars, Critics, and Writers Twentieth Annual Conference, Bloomington, Indiana, April 4-6, 2014.

A reading from Aglaja Veteranyi, Why the Child Is Cooking in the Polenta, Lhotzky’s Bookstore, Vienna, June 16, 2013. The German original was read by radio commenator Karl Warlischek.

A reading from Andreas Pittler, Inspector Bronstein and the Anschluss, Vienna’s English Theatre, May 8, 2013. The book presentation also featured a reading by the author, Andreas Pittler, of the original German text, Zores.

“The Region and the Globe: Southern Literature on the World Stage.” Conference: Association of Literary Scholars, Critics, and Writers Nineteeth Annual Conference, Athens, Georgia, April 5-7, 2013. The panel was chaired by Joel Black.

A reading from Aglaja Veteranyi, Wby the Child is Cooking in the Polenta, as part of the awards ceremony for the Translation Prizes awarded through the Society of Authors. Given at King’s Place, London, England, February 4, 2013.

“An Intimate Working Relationship: Hermann Broch, His Translator Jean Starr Untermeyer, and The Death of Virgil.” Public lecture and research report given at the Beinecke Rare Book and Manuscript Library, Yale University, May 31, 2012.

“‘My Dwelling Is in Rooms of Sound’: Performing Gert Jonke.”  Venue: Philadelphia Fringe Festival 2009.  Performance of Texts by Jonke with accompanying music and commentary.  (Other participants were Joseph Campbell, Stephen Jamison, Nicholas Susi, and John Yeiser.)  September 11 and 13, 2009.

“Heimito von Doderer in English: A Report from the Alfred A. Knopf Archive.”  Conference: “Dialogue with Doderer.”  Austrian Cultural Forum, London, and the Ingeborg Bachmann Institute of the University of London.  London, England.  May 7, 2009.  The conference was chaired by Martin Liebscher, University of London.

“The Uses of History:  Methods of Historiography in Doderer’s Die Strudlhofstiege and Die Dämonen. ”  Conference: “Austrian Writers Confront the Past, 1945-2000.”  University of Pennsylvania, April 12-14, 2002.  The panel was on Doderer and Lernet-Holenia and was chaired by Wendelin Schmidt-Dengler.

“Losing an Eye: The Blessings of Tragedy for Austria and the United States.”  Conference:  Fulbright Seminar in American Studies 1997, Altenmark im Pongau, Austria, November 28-December 1, 1997.  The panel was chaired by Lonnie Johnson, Director of the Austrian Fulbright Commission.

In addition, I was a guest lecturer in the history seminar offered by Professor Reinhold Wagnleitner at the University of Salzburg, Mary 15, 2003.  The topic was “Mutual Tensions in Austrian-American Understanding.”

Schlegel-Tieck Prize for Translation, awarded by the Goethe Institute in London, England, 2013

Everett Helm Fellowship for Research in the Lilly Library, University of Indiana, 2010

Dean of Arts and Sciences Summer Grants for Research with Undergraduate Students (2007, with Amelia Longo; 2008, with Mark Howell; 2009, with Megan Henderson; 2011 with Gregory Fat)

Participation in the National Endowment for the Humanities Summer Institute on “The People of Vienna in an Age of Turmoil, 1848-1955,” directed by Professors Maria Regina Kecht and Dorothy James, June 10-July 13, 2001

Fulbright fellowship to Austria for one semester as guest professor at the University of Vienna, Winter Semester 1997