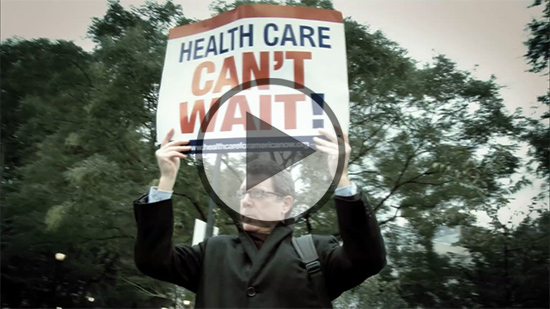 On Sept. 17, 2013, La Salle University’s School of Nursing and Health Sciences will host a screening of the provocative documentary Escape Fire: The Fight to Rescue American Healthcare. The screening will begin at 6:15 p.m. in Dan Rodden Theatre in the La Salle Union. A reception with light hors d’oeuvres will be held beginning at 5:30 p.m. in front of the Theatre.

“These panelists will bring a broad range of expertise to discuss the film’s central theme—how do we fix our broken healthcare system?” said Gerry Altmiller, Ed.D., APRN, ACNS-BC, associate professor at La Salle, who will moderate the panel discussion.

In collaboration with the Institute for Healthcare Improvement (IHI), Escape Fire will be screened at more than 90 locations across the country on September 17, facilitating national conversation about healthcare and the state of health and health education in America.

Directed by Matthew Heineman and Emmy Award-winning and Academy Award-nominated Susan Froemke, Escape Fire premiered at the 2012 Sundance Film Festival and has won numerous awards, including the Human Rights Award at the Full Frame Film Festival and the Social Issue Award at the Silverdocs Film Festival. The film exposes the perverse nature of American healthcare, contrasting the powerful forces opposing change with the compelling stories of pioneering leaders and the patients they seek to help.

“The goal of the film is to spark an honest and important dialogue about the future of healthcare,” Heineman said. The feature-length documentary stresses the importance of changing healthcare in the public and private sectors to focus on prevention rather than costly disease management to save dollars and lives. It also highlights the need to empower individuals and communities to promote health and wellness.

Escape Fire played in theaters across the country in the fall of 2012 and had its television premiere on CNN March 10, 2013.

The film features Dr. Don Berwick, former head of the Centers for Medicare and Medicaid Services and founder of the Institute for Healthcare Improvement; Dr. Steven Nissen, chair of Cardiovascular Medicine at the Cleveland Clinic; Dr. Dean Ornish, founder and president of the Preventive Medicine Research Institute; and Dr. Andrew Weil, founder of the University of Arizona Center for Integrative Medicine.

The mission of the IHI Open School is to advance health care improvement and patient safety competencies in the next generation of health professionals worldwide. Launched in September 2008, the IHI Open School provides students of medicine, nursing, public health, pharmacy, health administration, dentistry, and other allied health professions with the opportunity to learn about quality improvement and patient safety at no charge.

Dr. Don Berwick recently said, “Through the medium of film, Escape Fire is opening the eyes of the public to both the problems of health care, which has wandered in many ways from the full pursuit of healing—and the potential of health care when it is organized around wellness, development, and a holistic view of mind, body, and spirit.”

Admission to screening is free, but reservations are required. Reservations can be made at explorersconnect.lasalle.edu/movie13