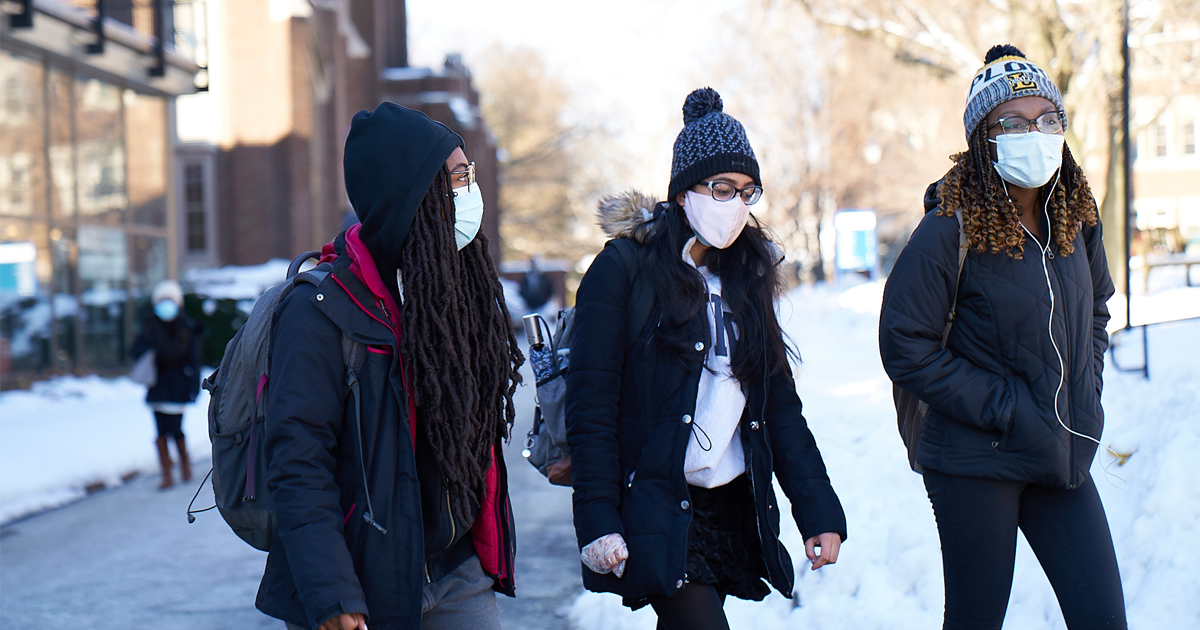 An attorney based in the Washington, D.C. office of Kirkland & Ellis LLP, McCarrick believes the Honors Program also prepared him for a rewarding career.

“La Salle—and the Honors Program, in particular—equipped me with the analytical tools to make sound decisions on behalf of clients, but it also taught the importance of finding people to invest in your future, and of bringing common sense to bear on complex problems,” said McCarrick, a Norristown native who studied political science and history.

That’s why McCarrick has chosen to give back to La Salle University, making a multi-year pledge of $2,500 annually over three years to support the Honors Program Scholarship Initiative.

“It’s my hope that my gift, and others like it, will inspire incremental contributions as a philanthropic model, so the next generation of Honors Program students can have an opportunity to study at La Salle, creating a virtuous cycle of philanthropy with successive classes,” McCarrick said.

In August 2020, the University launched the Honors Program Scholarship Initiative with a goal of raising $3 million in scholarship aid by the end of 2023. Less than seven months into the campaign, the fundraising initiative—with help from McCarrick and countless others—already has generated $1 million in gifts and pledges toward the initiative and in support of La Salle’s Honors Program.

“What we know about graduates of the La Salle Honors Program is that they are creative, innovative, and forward-thinking leaders in their respective fields. What we are learning is that they are among the most philanthropic individuals in the La Salle community,” said Vice President of Advancement Daniel P. Joyce, M.A. ’01. “I am moved by the generosity of our Honors Program alumni, and everyone in our University community, who have committed to advancing the legacy of this dynamic academic program for generations to come.”

Annually, the university awards $4.5 million in total scholarship support to La Salle Honors Program students. Gifts to the Honors Program Scholarship Initiative will drive its growth through recruitment and retention of the best students, and sustain a program that has created pathways to a high-impact Lasallian education for more than 50 years.

McCarrick’s experiences in La Salle’s Honors Program cultivated a deep sense of purpose, he said. He was surrounded by fellow Honors students with whom he lived, studied, and socialized. The students read the same texts and shared similar in- and out-of-class experiences. It was, in McCarrick’s words, “a tight-knit community—one that has given me some of my strongest lifelong friendships.”

“Graduates of the Honors Program have established their networks and careers because of the experiences and relationships forged at La Salle. It’s a product of the education, which is why it’s important to give back,” said McCarrick. “It’s less about the gift you make today and more about what it will mean for the next student in line, waiting for a chance to earn a Lasallian education.”

Learn more about the La Salle Honors Program Scholarship Initiative—including how you can make a gift.