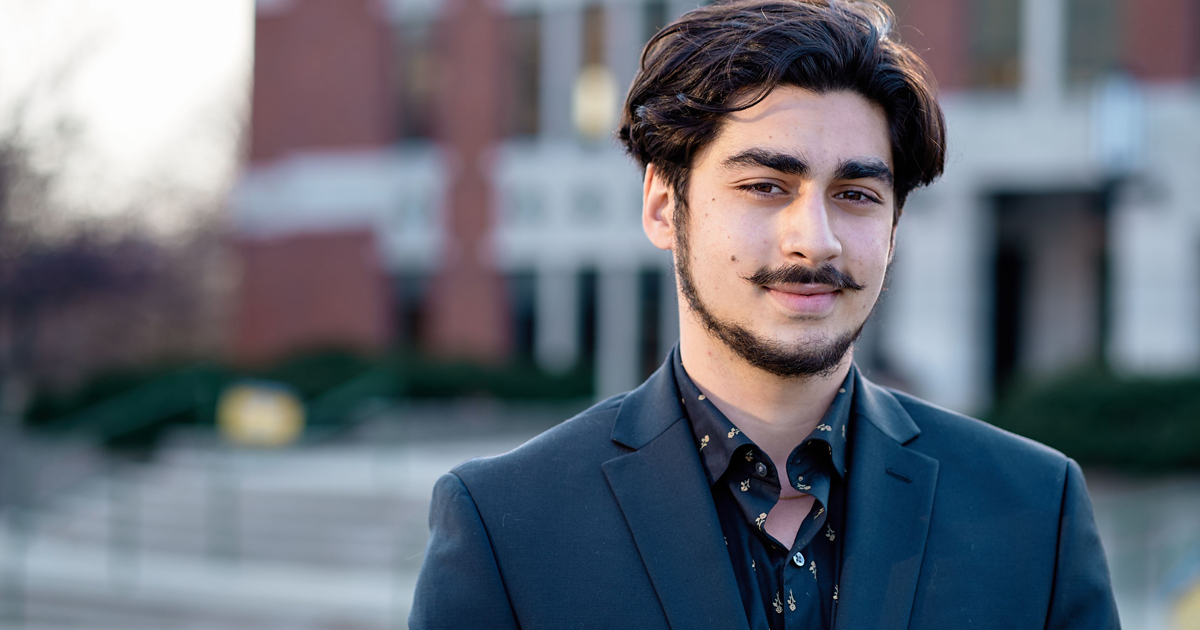 Adam Al-Asad, ’21, continues to provide shelter and resources for Philadelphians in recovery.

Working full-time as a home healthcare aide enabled Adam Al-Asad, ’21, to pay his way through Philadelphia Community College. It also put him on the path to transfer to La Salle University.

The money he earned from that job also helped Al-Asad, a first-generation student, buy a home in South Philadelphia. It’s a property that would eventually have a profound impact on the lives of those recovering from addiction, including his sister, Sarah Laurel.

A graduating senior majoring in marketing and management at La Salle, Al-Asad had witnessed Laurel, one of his nine siblings, make multiple attempts to achieve sobriety. The process typically involved moving from rehab facilities to various recovery houses—privately owned and operated residences that provide a drug and alcohol-free living environment for those in recovery.

According to Al-Asad, the conditions his sister found herself living in were not optimal for maintaining a sober lifestyle.

“A majority of the recovery houses she lived in were run by landlords who had no desire to provide a good, wholesome environment,” said Al-Asad. “Their goal was to collect rent. The conditions were always pretty bad. They didn’t always supply drug tests or any sort of support.”

In Al-Asad’s new home, the siblings saw an opportunity to take matters into their own hands and provide an environment conducive to sobriety.

Al-Asad rented the property to Laurel, who transformed it into a recovery house for women. It wasn’t long before they formed Savage Sisters, an LLC aimed at providing sober living environments for women and community outreach for those battling addiction. Two years later, Savage Sisters is now a 501(c)(3) nonprofit with two recovery houses in South Philadelphia for women and three for men that are due to open soon in the city’s Kensington section. Laurel is the executive director and Al-Asad serves as treasurer of the company, which is currently staffed by volunteers.

Al-Asad cited the guidance he received from La Salle’s Carolyn Plump, J.D., an associate professor of business law, and Kathryn Blohm, MBA ’01, assistant professor of marketing, as instrumental in transitioning Savage Sisters to a nonprofit. It’s a business model he feels aligns with the company’s mission to help those in need of assistance in the fight against addiction.

“We’re meeting people where they are, in the Lasallian tradition,” said Al-Asad, who will graduate in May alongside his sister, Anna, a political science major. “My professors in the School of Business have been so helpful with advice and connecting us with donors. The moment that we got the 501(c)(3) designation, the world kind of opened for us. I’ve been pushing and my sister (Sarah) has been pushing. We have more work to do.”

Plump identified Al-Asad as someone with the perfect combination of attributes to successfully guide an organization like Savage Sisters.

“His business acumen, compassionate nature, and considerable work ethic will serve him well in his entrepreneurial pursuits,” said Plump. “It has been wonderful—albeit not surprising, given his gifts—to watch him grow into an aspiring business leader.”

Al-Asad said he wouldn’t be able to seize the opportunities currently available to him if not for the support he’s received at La Salle.

“As a first-generation student, La Salle has guided and inspired me,” said Al-Asad. “The relationships I have built with my professors made me feel comfortable to tell them my personal circumstances. And not only did they listen to me, they helped me.”