For multilingual first-gen student, success speaks for itself 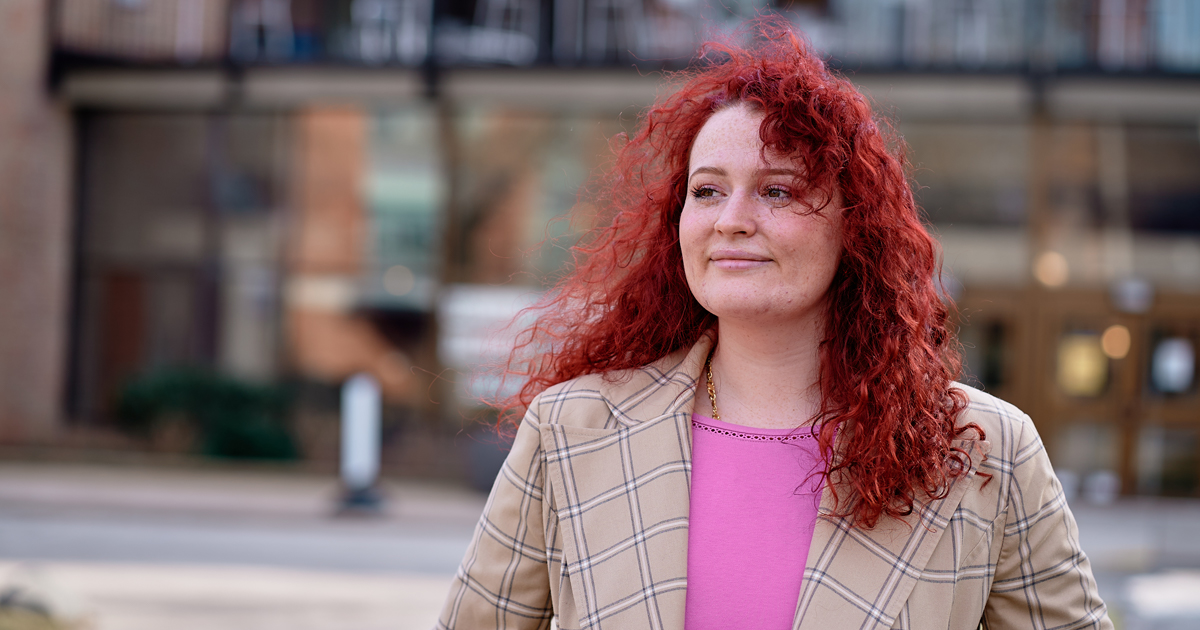 Bianca Abbate, ’21, expects her proficiency in Russian and Italian will support her professional endeavors following graduation from La Salle.

Sometimes you need to travel a great distance to help distinguish yourself.

Bianca Abbate, ’21, did just that in 2019. Between her second and third years at La Salle University, the first-generation college student spent 10 weeks studying the Russian language in the city of Nizhny Novgorod, located in the country’s heartland about five hours east of Moscow.

A graduating senior majoring in international relations, Abbate studied at Lobachevsky State University on the Critical Languages Scholarship, which was awarded by the U.S. Department of State. The first La Salle student ever to earn the scholarship, Abbate was one of about four dozen U.S. college students selected by the State department that year to participate in the Russian study program.

With designs on pursuing a career in international law, and possibly diplomacy, Abbate said her decision to study Russian was borne out of a desire to separate herself from the pack professionally. Participating in such an immersive learning experience, she said, will enhance her employment potential.

“A lot of people pursue Spanish as a foreign language, for instance, and they do it very well,” said Abbate, who attends La Salle on a Christian Brothers Scholarship. “But I wanted to create a niche for myself, so I chose Russian, and I’ve ended up loving it. In Nizhny Novgorod, I would study Russian for five hours a day, then visit churches, museums, and restaurants. Being able to spend 10 weeks learning there and seeing the things I’ve learned about in my classes was a great experience.” 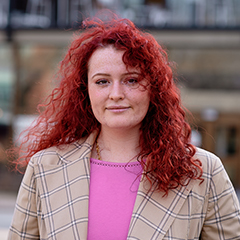 Abbate, who minors in leadership and global understanding, is also proficient in Italian. She picked up the language during frequent family trips to the Italian region of Sicily, from where her father’s parents hail.

As a first-generation student, Abbate said applying to law schools and for scholarships has presented challenges. For some of her peers, who have parents and siblings on whom to rely for guidance, these processes may come as second nature.

Whenever she has faced obstacles, Abbate said there have always been classmates, alumni, and faculty to help her along.

“There were upperclassmen who mentored me as a freshman,” said Abbate, who is editor-in-chief of the La Salle Collegian . “They showed me the way at La Salle—how to thrive here, how to succeed here. All the things that I would have faced if I was going through it alone, I’ve been able to tackle with so much support. I’ve never felt unable to go to a professor about an issue I was having in school. My professors are such a big part of my success and happiness at La Salle. They’ve really gone out of their way to help me.”

One of those professors is Victoria Ketz, Ph.D., chair of the Global Languages, Literatures, and Perspectives department. Ketz said Abbate is a prime example of a first-generation student taking advantage of all opportunities to position herself for success—at La Salle and beyond.

“Since Bianca has been a freshman, I have been able to watch her strive for excellence in her areas of study and, in particular, in the acquisition of foreign languages,” said Ketz. “Her commitment, passion, and curiosity to learn about other cultures and languages uniquely positions her for the future whether it be graduate studies, professional schools, or the work force. I truly believe she could change the world and make it a better place.”