“Six years of outstanding service and dedication to La Salle” 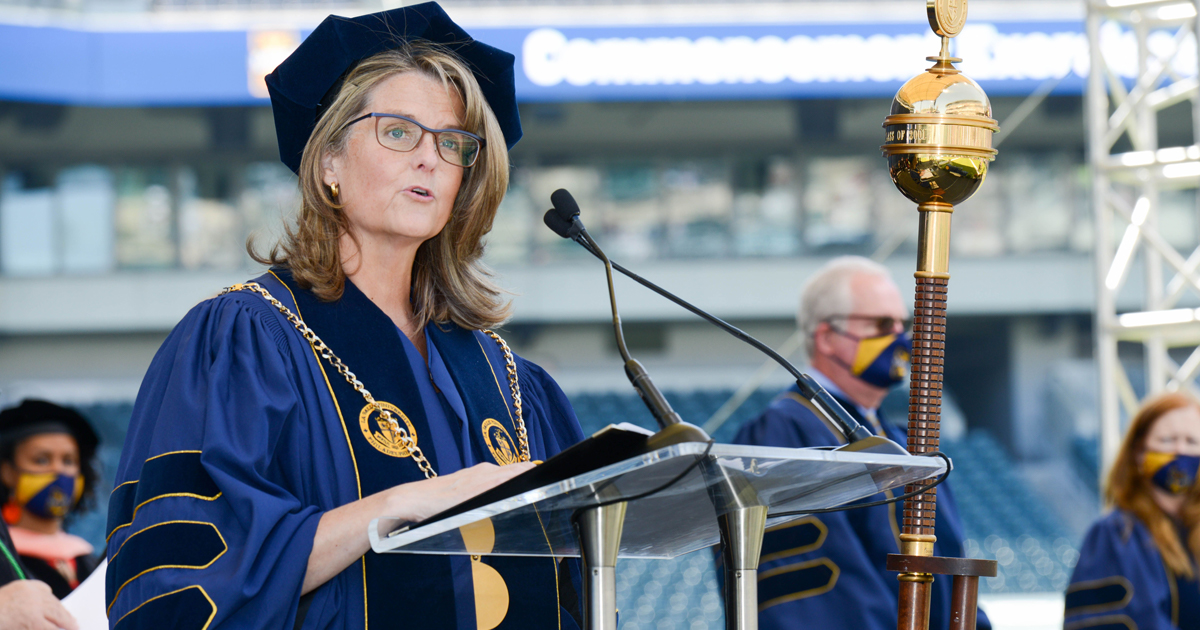 La Salle University’s appointment of Tim O’Shaughnessy, ’85, as Interim President and the formation of a Presidential Search Committee are measures to prepare for a transfer of leadership.

The departure of Colleen M. Hanycz, Ph.D., at the end of May caps a transformational six-year tenure that began in July 2015. Dr. Hanycz has been named President-Elect of Xavier University in Cincinnati, Ohio, where she will begins her presidency in July.

“The Board thanks Dr. Hanycz for six years of outstanding service and dedication to La Salle and wishes her and her family well as she begins this next chapter in her personal and professional journey,” said William W. Matthews, III, Esq., ’90, chair of La Salle’s Board of Trustees.

In her tenure at La Salle, Dr. Hanycz ushered in improvements to the University’s national reputation, academic rankings, and scenic campus.

Here are some of the highlights from Dr. Hanycz’s time at La Salle University:

Making history: With her installation in July 2015, Dr. Hanycz became not only La Salle University’s 29th president, but the first woman to serve as La Salle’s president in the institution’s history. Throughout her life and accomplished career—as an attorney, professor, administrator, and mother—Dr. Hanycz has been an advocate for women in leadership and an active proponent of Catholic education as a means to advance the common good and celebrate the dignity of each person. 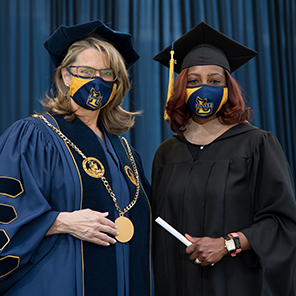 Tuition reset: Dr. Hanycz oversaw the reset of La Salle University’s tuition. Implemented for the 2017-18 academic year, this decision significantly improved students’ accessibility to a high-quality Lasallian education. This measure is one of the most-significant actions taken during Dr. Hanycz’s tenure, as colleges and universities nationwide continued to increase their tuition at jarring rates. At La Salle, where 40 percent of undergraduate students identify as first-generation students, and 44 percent are eligible for federal Pell grants, the tuition reset reduced La Salle’s tuition by 29 percent—from $40,400 to $28,800.

“We cannot continue to assume that this issue will fix itself someday, somehow—the tuition model for higher education is broken,” Dr. Hanycz said at the time of the announcement. “La Salle is working to reshape that model so college becomes an affordable reality for students and their families.”

Rebranding a university: “Explorers are Never Lost” has become a commonly used expression around La Salle, thanks to a refreshed brand campaign launched in 2016 under Dr. Hanycz’s vision and leadership. The initiative continues to highlight the University’s commitment to supporting its students by providing a holistic education that nurtures their academic, professional, and personal growth.

Raising La Salle’s profile: Dr. Hanycz, upon her departure in May 2021, will have overseen the elevation of La Salle University’s regional and national profile, becoming an institution consistently ranked for exemplary professional outcomes and educational excellence.

According to Georgetown University’s Center on Education and the Workforce(2019):

Capital projects and campus improvements: In 2016, under Dr. Hanycz, the University opened Founders’ Hall—a cutting-edge facility that delivers an unparalleled learning environment for La Salle’s School of Business. In the same year, the University unveiled Hansen Quad, a picturesque and reimagined green space at the heart of La Salle’s urban campus. In 2019, La Salle’s Connelly Library debuted its new Learning Commons to offer space for multi-disciplinary collaboration and innovation.