“There is nothing that’s impossible” 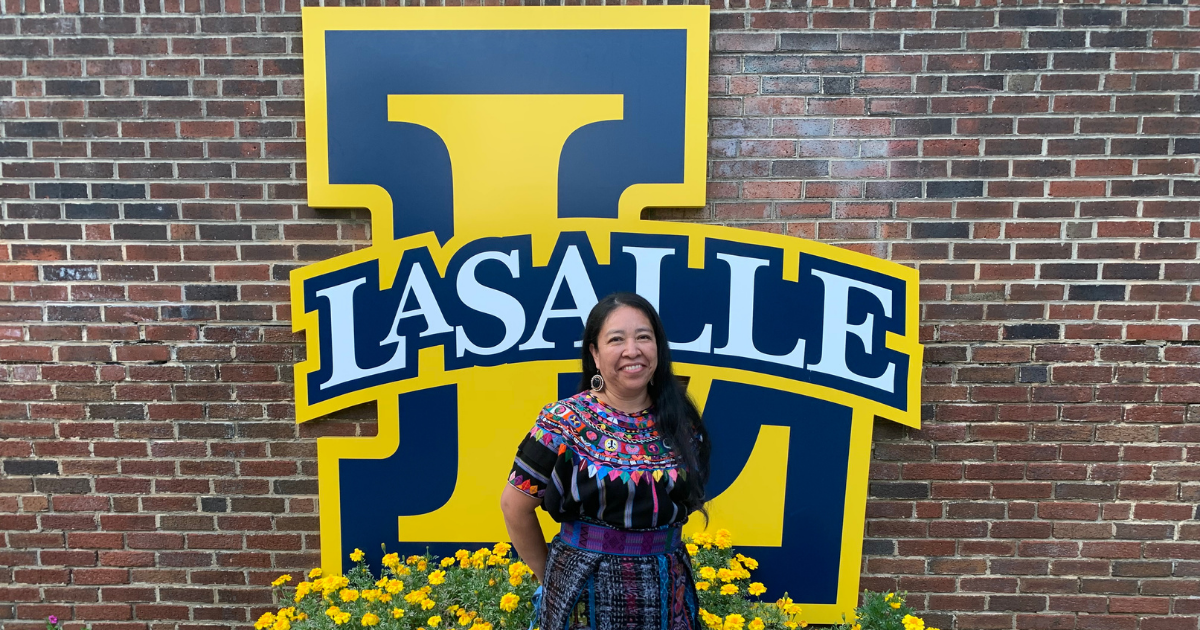 Tomas, in her teenage years, watched as her father returned to the classroom. A father of nine, he was simultaneously working as a teacher and enrolled in a Guatemalan school during a period of incredible tumult in their native country. They were “complicated years,” she said, describing the country’s decades-long civil conflict.

In the end, and despite his best efforts, her father’s work commitment, as a bilingual pre-primary education teacher, prompted him to discontinue his education at the university.

So when Tomas had reached her mid-40s, she looked to her five children for guidance. She questioned if she had the appropriate support to stoke her interests and take up her academic studies.

“My two oldest children encouraged me to follow the process,” said Tomas, 48, of Philadelphia. “As a mother, I must show them that there is nothing that’s impossible to achieve dreams and be successful in professional life.”

That’s when Tomas found La Salle University’s BUSCA program. Since 1993, the Bilingual Undergraduate Studies for Collegiate Advancement program at La Salle has offered Hispanic students the chance to earn a four-semester associate of arts degree from La Salle with a concentration in English for academic purposes.

A college-level program catered to bilingual students? It seemed too good to be true, Tomas thought. She wasn’t familiar with BUSCA, but when she was introduced to it, she and her children visited La Salle’s website and sought out as much information as possible.

“It’s extremely useful to have a program for Hispanic students because, as a classified minority, we sometimes face unfavorable barriers to continue our studies. However, this program opens up that opportunity gap.”
—Lola Marina Juan Tomas, on La Salle’s BUSCA program

The BUSCA program offers Latinx students like Tomas the personalized service, tools, resources, and support to continue their education, regardless of their age or life experience, all while remaining “committed to the Hispanic community,” she said.

“That’s important,” Tomas said. “It’s extremely useful to have a program for Hispanic students because, as a classified minority, we sometimes face unfavorable barriers to continue our studies. However, this program opens up that opportunity gap.”

“Lola is exactly the type of student that the founder of BUSCA, Dr. Leonard Brownstein, envisioned when designing this program,” said Joanne Woods, director of La Salle’s BUSCA program. “She entered via the summer workshop, worked hard on improving her English proficiency, and took that knowledge into the academic year. She has earned recognition as an Honors student and she, along with some of our other older students, proves the adage that it’s never too late to follow your dreams.”

Outside of La Salle’s BUSCA program, Tomas is a member of an international diplomatic delegation dedicated to the preservation and promotion of native peoples’ identity. She cares deeply about defending indigenous human rights.

As such, she is considering enrollment in La Salle’s undergraduate sociology and criminal justice program, to learn more in this particular area of interest.

And at every step, she remembers her father’s influence and example.

“Who better than my father to follow as inspiration?” said Tomas, as she approaches completion of the BUSCA program. “Nothing is easy or gifted in this life; rather, life is full of challenges. But perseverance is the key to success.”