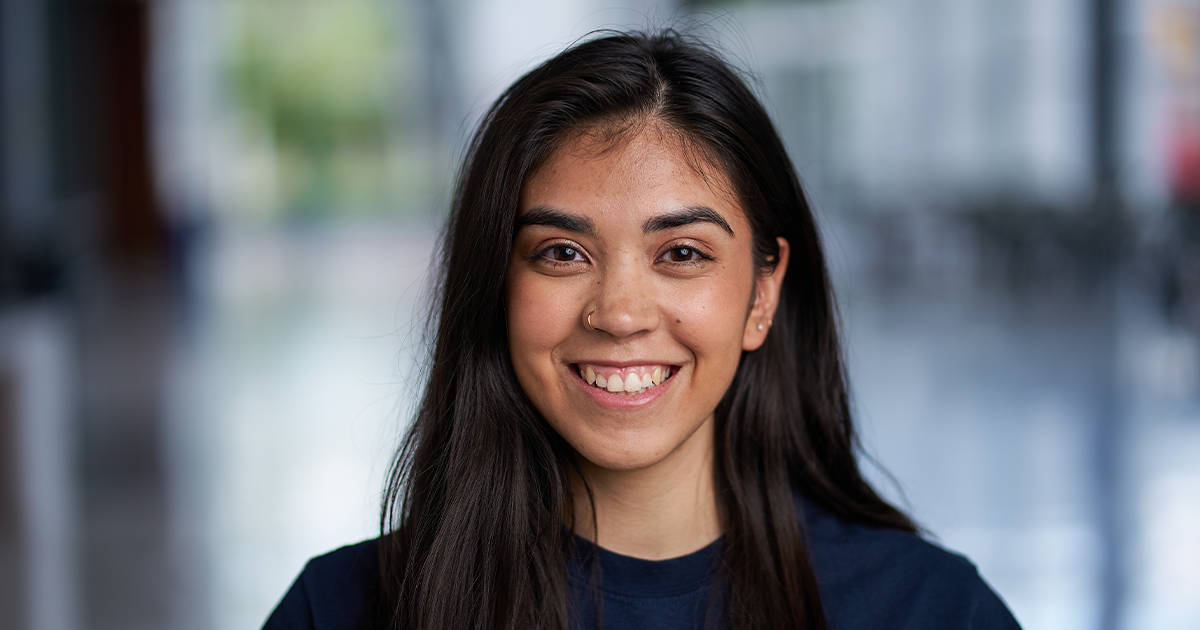 What’s next for Isabelle Pope, ’22? Opportunity to make a difference.

There are campus leaders, and then there is Isabelle Pope, ’22—the kind of student, one could argue, for whom that term was created.

Pope is everywhere at La Salle University. President of the Students’ Government Association and the American Sign Language Club? It’s Pope. Helping on-campus students as a resident assistant? That’s her, too. A former student-athlete who works as a career peer in the Career Center? You guessed it—also Pope.

Just this past academic year, among many banner moments with which she was involved, Pope co-organized a flag installation on Hansen Quad to mark the 20th anniversary of the September 11 attacks, spoke to prospective students and their families at a half-dozen enrollment events, and delivered introductory remarks at a February campus gathering welcoming then-President-elect Daniel J. Allen, Ph.D.

Somehow, she promises, Pope finds time to attend class and complete her coursework.

“I just want to help people,” said Pope, a native of Anchorage, Alaska. “It’s who I am and I have a hard time saying no.”

Pope is a part of La Salle’s Class of 2022, earning an undergraduate degree in communication sciences and disorders.

What drew her to Philadelphia and La Salle? The University’s rowing program had recruited her, and upon her visit to campus, she said she was hooked. Pope had attended one of the nation’s most-diverse high schools. At La Salle, where at least 40 percent of the undergraduate population identifies as students of color, Pope felt a similarly strong connection.

“Education isn’t about academic performance alone,” she said. “It’s about your social and emotional development, and your experiences outside the classroom. That’s why I chose La Salle. I didn’t want to be in my own bubble. I wanted a diverse college experience where I could absorb and celebrate other cultures and backgrounds.”

She found those opportunities at La Salle.

“My La Salle experience,” she said, “it’s beyond words.” 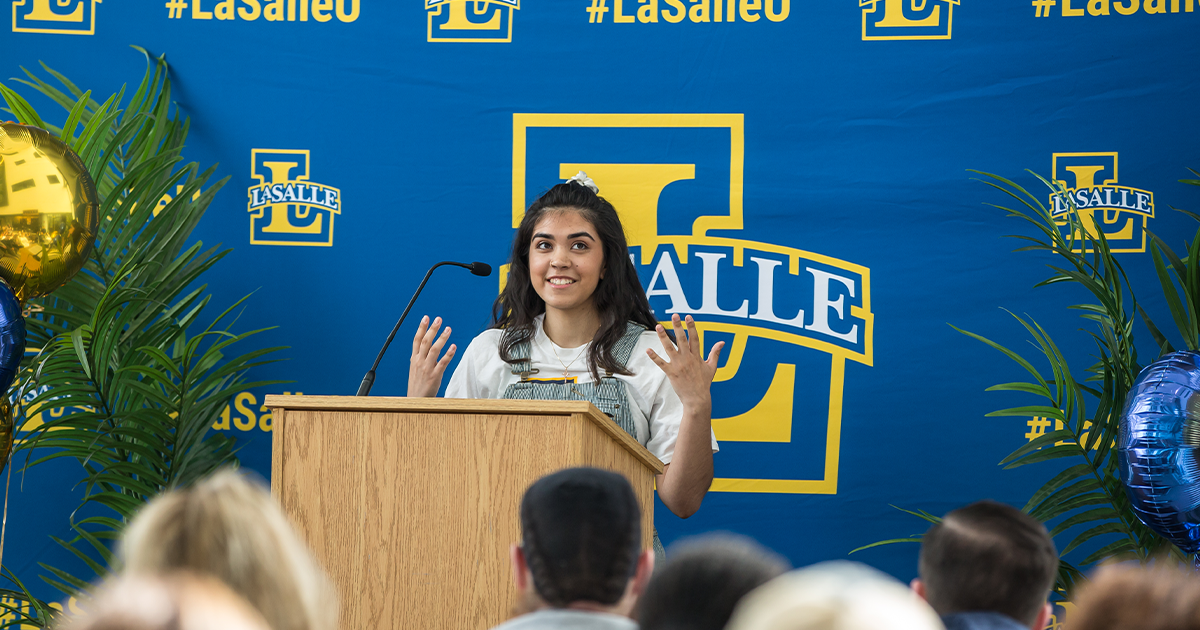 It was July 2021 when Gabrielle St. Léger, Ed.D., joined La Salle as its Vice President of Student Development & Campus Life. During her interview process, the first student St. Léger met was Pope.

“She truly was the best and brightest leader and helped to solidify my decision to come to La Salle, knowing that student leaders like her were leading the way for the student community,” St. Léger said of Pope, the student manager and programming lead of the Campus Activities Center. “It has been a pleasure working with her to learn about La Salle and our students’ needs through her work as president of SGA, and a leader wearing many other hats.”

“She truly was the best and brightest leader and helped to solidify my decision to come to La Salle, knowing that student leaders like her were leading the way for the student community.”
—Gabrielle St. Léger, Ed.D.
Vice President of Student Development and Campus Life

As for choosing her academic program, once again, Pope’s passion for helping people served as a guiding beacon. When asked why she chose La Salle’s communication sciences and disorders program, she recalled a cheerful little boy who grew up in her Anchorage, Alaska neighborhood. His sunny demeanor would change, though, Pope said, when speech difficulties caused him to struggle to communicate and make connections with those around him. Pope studied American sign language in high school, another reason why La Salle’s hands-on program appealed to her.

Pope completed the requisite curriculum to also attain undergraduate minors in psychology, religion, and marketing. She’s looking for professional paths that will meld her academic background and her passion for helping others.

“That’s always been my life goal, helping others,” she said. “I want to work with people and contribute to society. There’s a saying I hold close: ‘I cannot do all the good the world needs, but the world needs all the good I can do.’ And that’s what’s next for me—making a difference.”