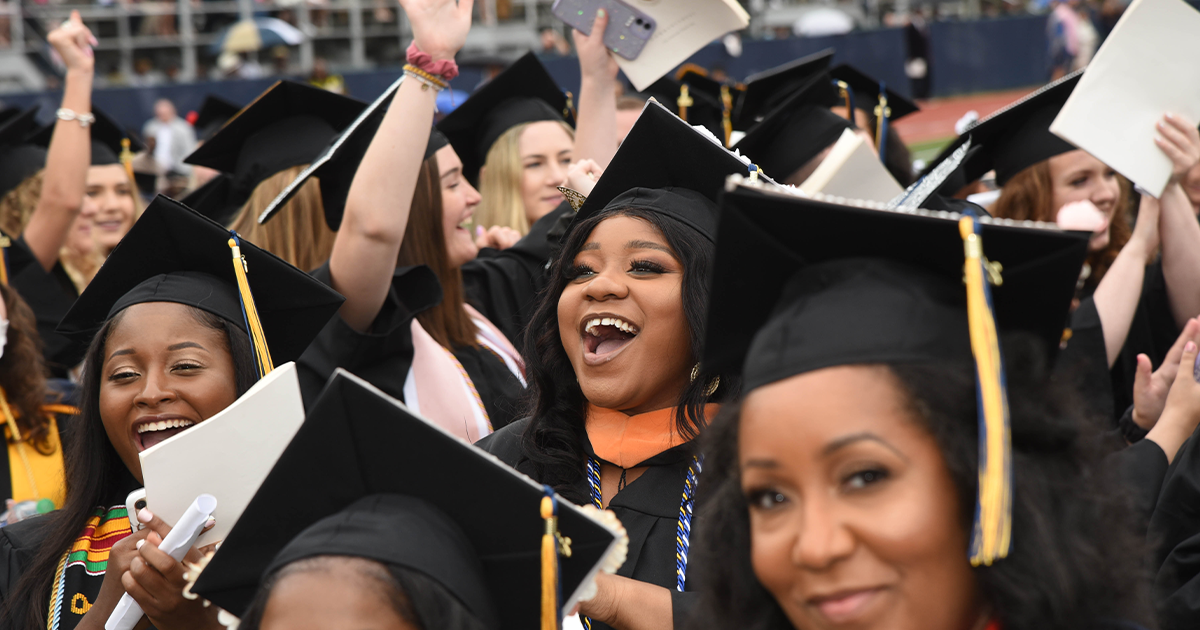 The Class of 2022 celebrated their achievements in the first ceremonies at McCarthy Stadium since 2018.

More than 1,000 degrees were conferred at McCarthy Stadium on Saturday, May 14. This was the first time since 2018 that La Salle held its Commencement Exercises in the stadium. The undergraduate ceremony, held at 10 a.m., and the graduate ceremony, held at 2:30 p.m., were met with families and friends filling the stadium’s seating to capacity to watch the Class of 2022 process to their seats. 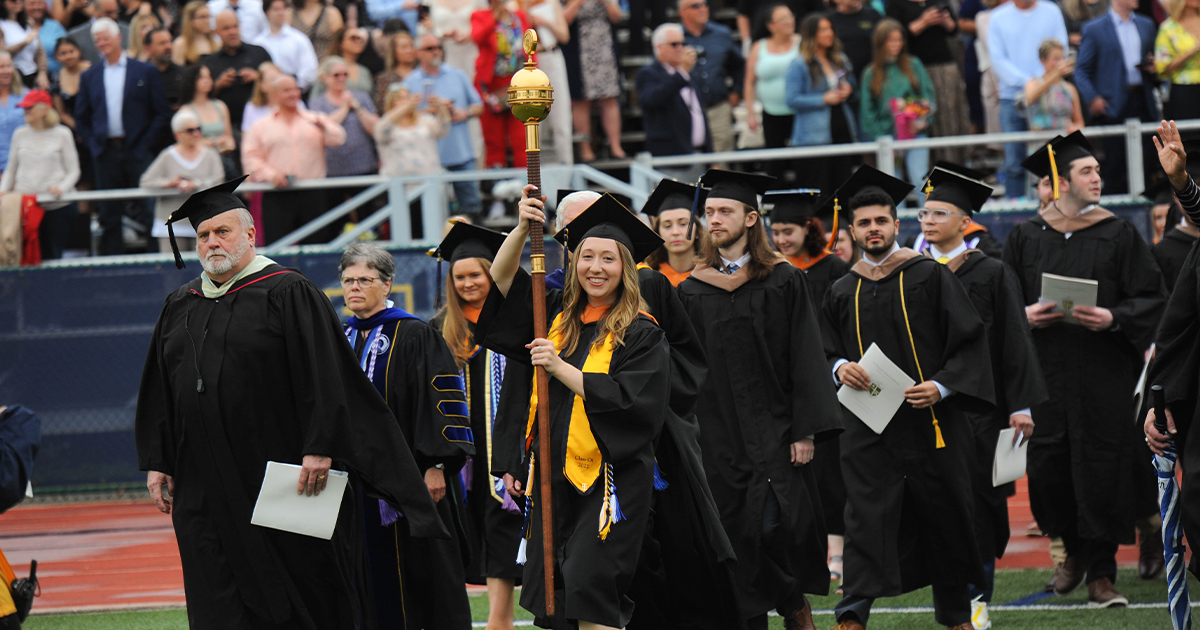 University President Daniel J. Allen, Ph.D., greeted the undergraduates with a message of new beginnings as he hoped their time at La Salle was only the start of their greatness. Dr. Allen, who joined the University in April, sent a message to the newest class of alumni that the best for them is yet to come.

“It is ironic,” he said, “that we use the word ‘Commencement’ to celebrate the conclusion of your academic journeys. ‘Commencement,’ by definition, refers to something’s beginning. Make no mistake, Explorers. Your journeys are only beginning.”

Nursing major Renata Quinto, ’22, who spoke at the undergraduate ceremony, shared her thoughts on what she called “The La Salle Effect,” commenting on the staying power of Lasallian values. 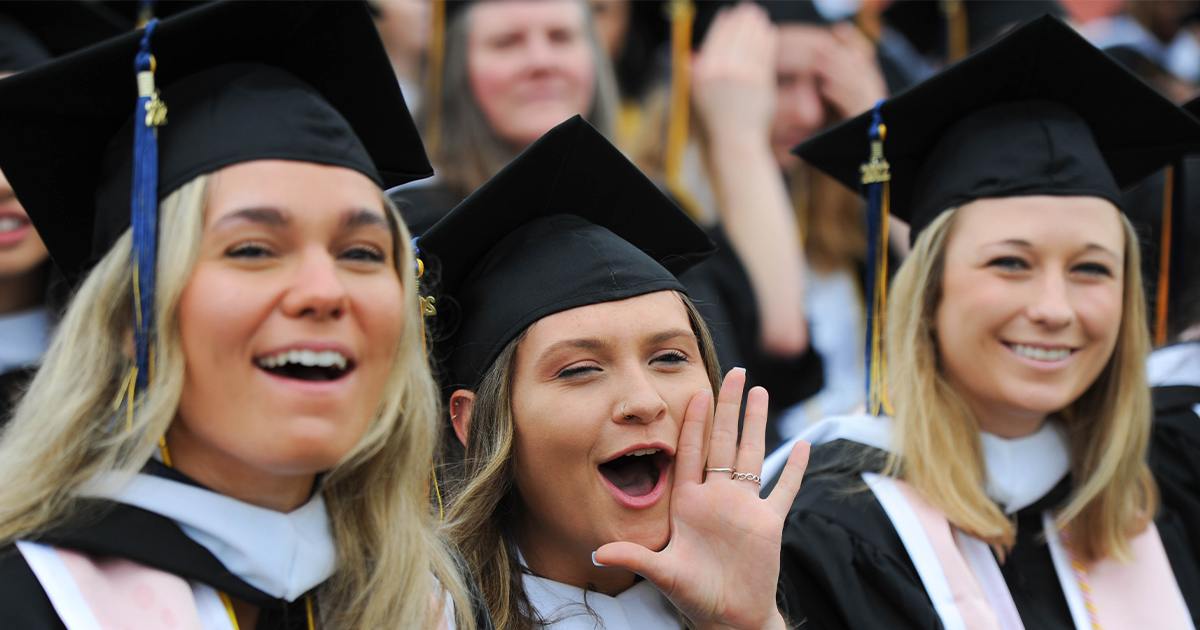 The ceremony also honored Kristin Wentzel, Ph.D., with the 2022 Lindback Distinguished Teaching Award. Wentzel is the KPMG Endowed Professor of Accounting. She also chairs the accounting department in La Salle’s School of Business and directs the school’s 4-year BS/MBA program.

While a more consistent rain met the graduate ceremony, it didn’t delay the celebration. Holding umbrellas and donning ponchos over their academic regalia, students receiving master’s and doctoral degrees smiled and cheered with excitement.

The graduate ceremony included remarks from alumna speaker Janelle Harris, MSN ’17. Today, Harris is the clinical director of advanced medical nursing at the Hospital of the University of Pennsylvania. She spoke about the support and mentorship she received during her time at La Salle, something she continues to cherish today. 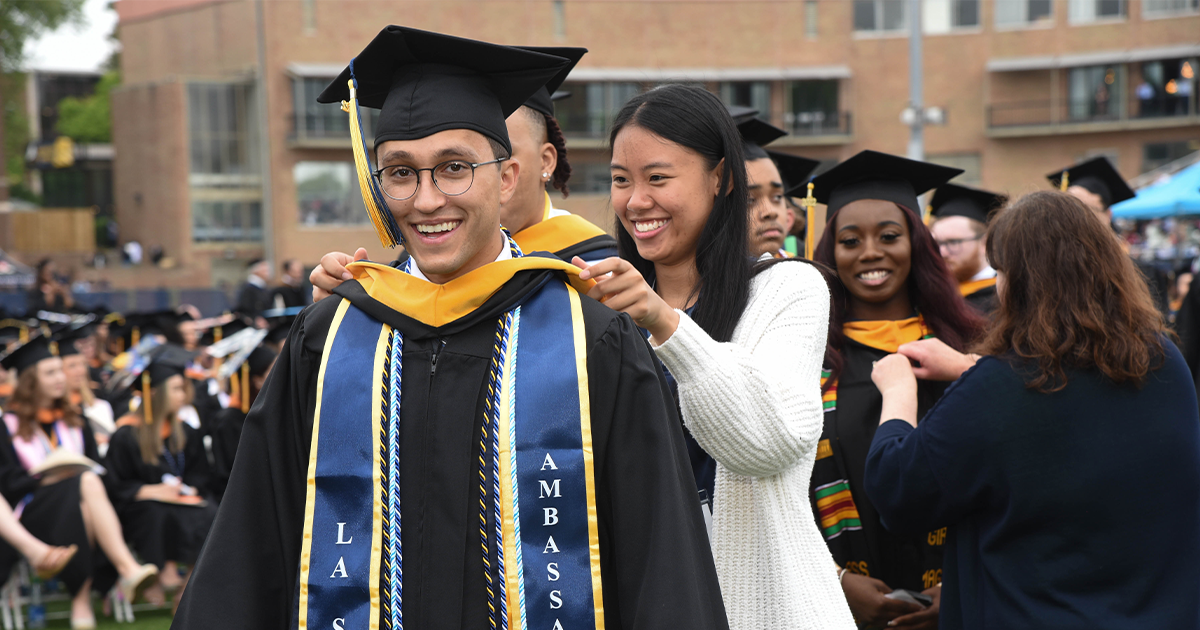 “I have experienced the value of mentorship, which is why, with every ounce of success I get in life, I mentor someone else. Pay it forward, Lasallians. You have so much to offer,” Harris said.

Both ceremonies included parting words from outgoing Alumni Association President Ellen E. Reilly, ’83. As of July 1, Reilly will serve as Chair of La Salle’s Board of Trustees. She congratulated the graduates and told them to always remember their time at 20th and Olney.

“I hereby declare you a member of the La Salle Alumni Association,” she said, “and forever an Explorer.” 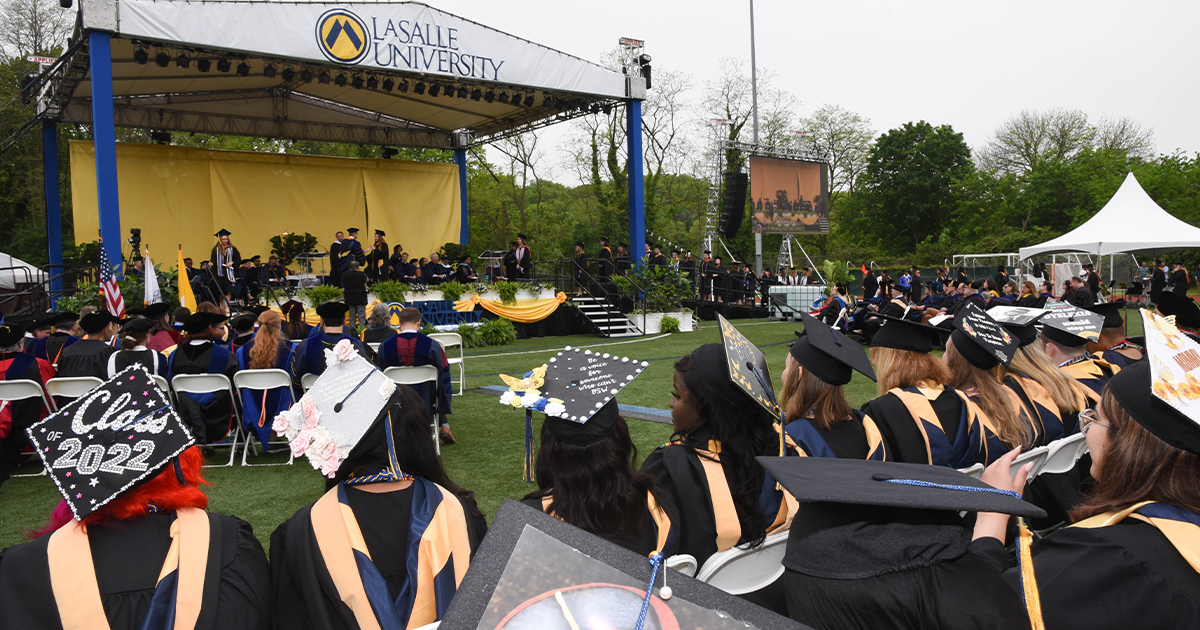