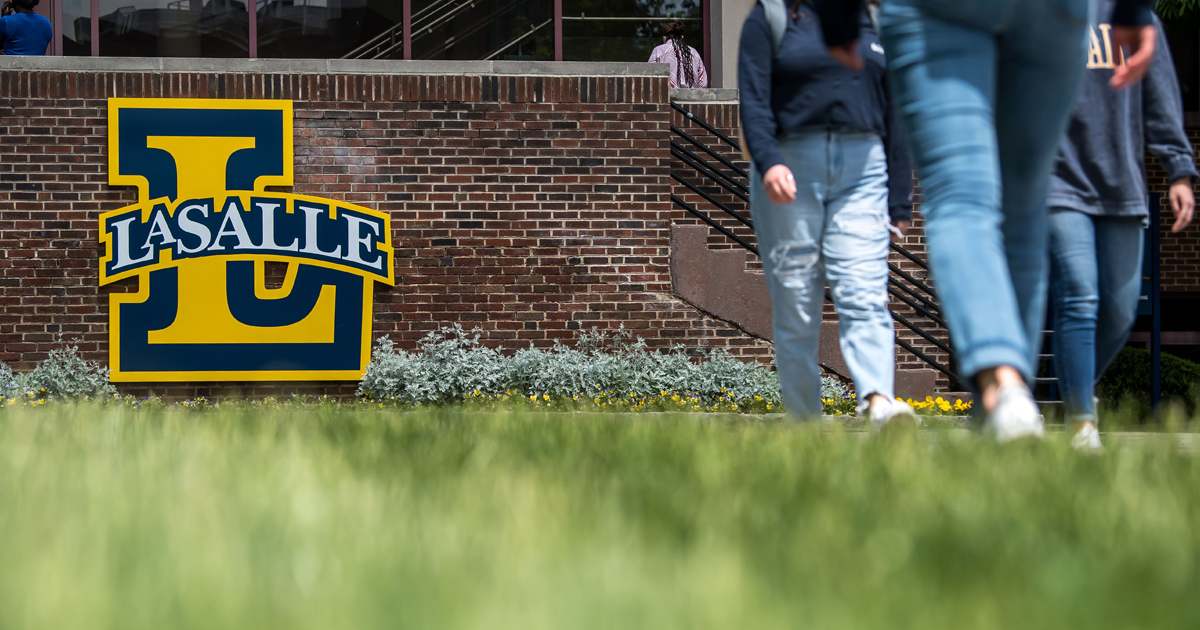 La Salle University has cleared outstanding balances for more than 100 students from the Spring 2021 semester, a measure that will further support students who are managing financial hardship as a result of the COVID-19 pandemic.

La Salle reduced the balances of 111 students, including several who graduated in May, to zero. This measure has cleared more than $522,000 in outstanding balances, averaging $4,706 per student.

The University utilized a greater percentage of its institutional Higher Education Emergency Relief Funds (HEERF) than required by the United States Department of Education to support its students through this effort. Across three rounds of HEERF funding from the federal government, La Salle will award more than $9 million in emergency aid to its students.

“The pandemic has caused significant hardship for our students, which is why we have elected to support them on their journey toward completing their studies and earning a transformational La Salle degree,” said Interim President Tim O’Shaughnessy, ’85. “There’s no denying how difficult these last two years have been. It’s our hope that this measure will alleviate some of the stress our students and their families have experienced and help them along their respective paths toward academic and professional success.”

For Cas Borowitz, ’24, the pandemic exacerbated the difficult circumstances around her introduction to college, including the lack of a permanent residence. A second-year student from Mechanicsburg, Pa., she changed addresses frequently—couch-hopping, in her words, and relying on Airbnb. She’s held down two jobs this summer, averaging 40- or 50-hour work weeks, to help finance her education.

“I might cry,” Borowitz said, upon learning La Salle’s action would clear her account of a $6,600 balance. “I’m the oldest of three children and I want to set a firm example for my siblings that going to college is an option and it’s attainable. The fact is, last year, I was worried about having to drop out. This is great news and I’m thankful to La Salle. This means I can keep going to school and keep pursuing my education.”

In order to have the greatest impact, La Salle focused its support toward students who have greater financial need. For example, more than 40 percent of the University’s student population is eligible for federal Pell Grants. This action does not extend to balances incurred prior to the Spring 2021 semester, nor does it impact the financial aid eligibility of students who received this one-time relief from the University.

Established in 1863, La Salle University is a comprehensive Catholic university rooted in the tradition of the Brothers of the Christian Schools teaching order, which was founded by St. John Baptist de La Salle, the Patron Saint of Teachers. Known as an academic community of excellence shaped by Catholic and Lasallian values, La Salle remains steadfast in the pursuit of its mission of faith, service, community, and social justice. La Salle is consistently recognized for its delivery of a holistic and practical education that produces strong outcomes. The University is ranked among the top-4 percent nationally in 10-year earnings, top-7 percent in lifetime return on investment, and top-10 percent in the lowest debt incurred by its graduates, according to a study by Georgetown University’s Center on Education and the Workforce. Forbes, U.S. News & World Report, Wall Street Journal/Times Higher Education, and The Princeton Review have cited La Salle on national lists highlighting the nation’s best colleges and universities and the country’s best value institutions. Explore more at lasalle.edu.